How are patent laws leading to the harmonizing effect? 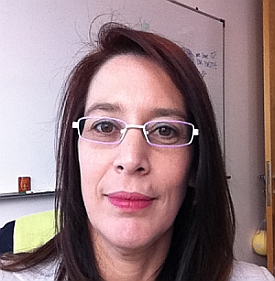 There have been recent changes to the US patent laws that have brought the US laws closer to those of the rest-of-the-world. You may have heard about some of them such as, changing the first to invent system to a first-to-file system. This is allowing companies to file patent application rather than requiring the inventors to first file the patent application and then have the inventors assign the application to the company.

The new laws came into effect in mid September this year and there are many articles and discussions about these changes. Unfortunately, for the biosciences community changes in other countries to harmonize with the US laws on allowing methods of medical treatment to be patentable subject matter have not been forthcoming and are unlikely to ever come especially in light of the action a group of US pathologists filed against Myriad and their methods of prognosing beast cancer using the BRCA1 and BRCA 2 genes.

What is less know and less reported is the changes to the Singapore patent laws that will bring them into harmony with other patent systems. In July this year the Singapore patent system was debated in parliament to change from a 'self-assessment' to a 'positive grant' patent system, where only patent applications which have fully positive examination reports (that is, which fully meet patentability criteria) can be granted.

This will raise the overall quality of patents granted in Singapore, and align our practices with that of established regimes like the European patent office (EPO), the US, UK, and Japan among others. This may also raise costs which could possibly affect the number of filings based on the balance patentees must walk between the size of the market, risk of infringement and overall costs.

A positive outcome is that the stronger patent system will further strengthen business and investor confidence in the Singapore patent regime but there must remain cost effective systems for inventions with positive reports in corresponding jurisdictions.

The Intellectual Property Office of Singapore (IPOS) is also establishing an in-house patent examiners team, which will be trained by the EPO. IPOS plan to build world-class search and examination capabilities in specific technology classes aligned with Singapore's main R&D thrusts. They hired a group of 20 individuals with expertise across a range of technological fields to be trained in search and examination.

Currently, such work is fully outsourced to patent offices in other countries. This pioneer batch will now become the gatekeepers only letting new and inventive claims to be granted. Presumably, the new Singapore examiners will also be able to provide search and examination services to other countries such as Brunei, Myanmar or other ASEAN countries in need of such services for their own patent offices. The date of the Singapore legislation coming into force is still to be announced but much of the world is starting to sing in harmony at least with regards to patents.