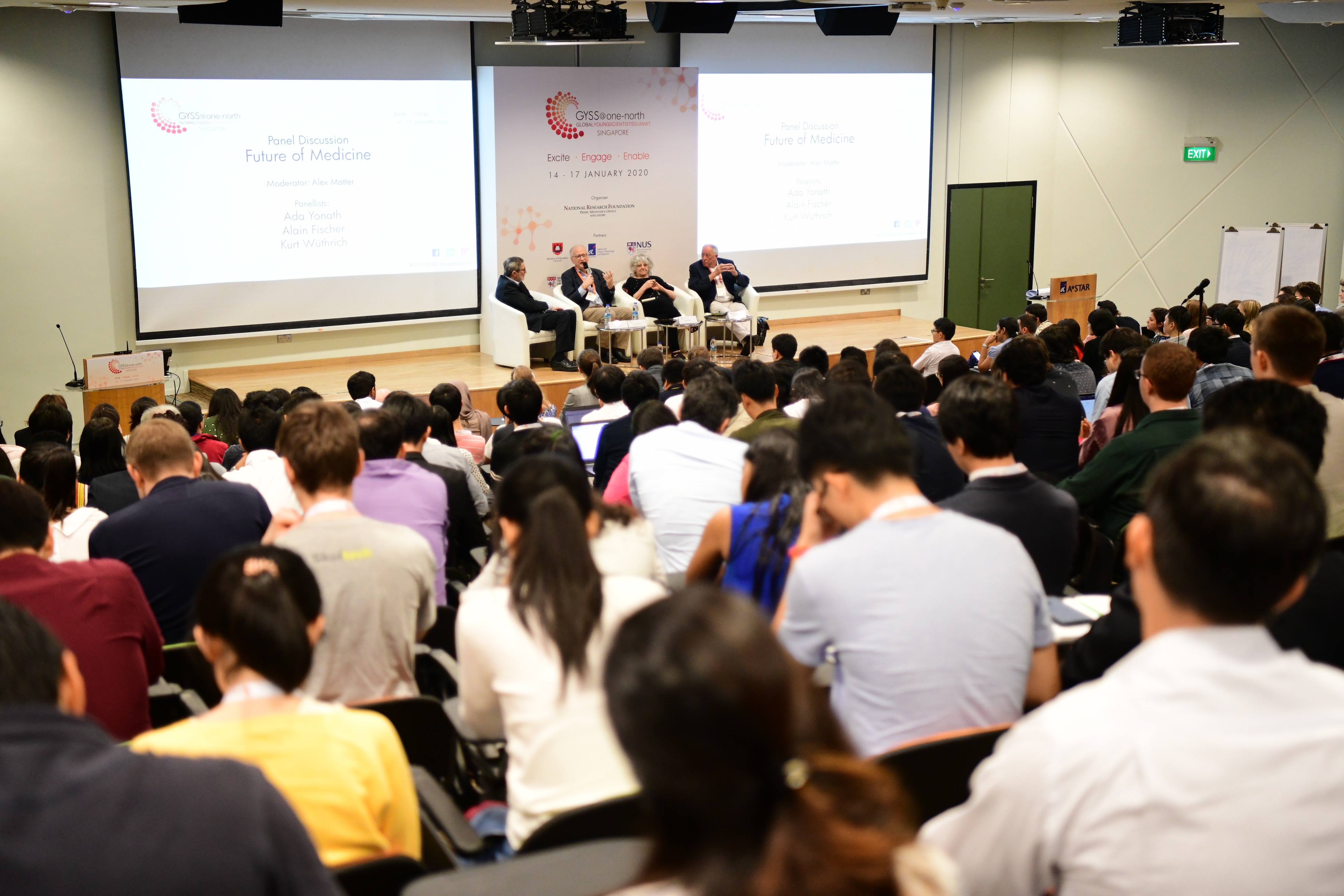 Young Scientists indulged in Panel discussion on "Future of Medicine"

The Global Young Scientists Summit 2020 convened global young researchers and renowned eminent scientist from 14th to 17th Jan 2020 in Singapore. The summit’s objective is to encourage young scientists and engage their scientific dreams through close interactions with senior scientists, researchers who are also Nobel laureates, Fields Medalist, Millennium Technology Prize winners and Turing Award winners.  The summit with its theme "Advancing Science, Creating Technologies for a Better World", provided a platform for conversations on science and research, technology innovation and society, and solutions to global challenges.

Primary immunodeficiencies (PIDs) are a heterogeneous group of monogenic disorders affecting the development and/or function of the immune system. They are a diverse group of over 300 genetic disorders. PIDs cause a severe impairment of host immunity with increased susceptibility to life-threatening infection, autoimmunity, immune dysregulation, inflammation, end-organ damage and malignancy. In the past two decades, gene therapy using genetically modified autologous hematopoietic stem cells (HSCs) transduced with the viral vector has become a promising alternative option for treating primary immunodeficiency diseases (PIDs).

Prof Alain Fischer, Chair of Experimental Medicine at Collège de said “Around 8000 diseases have been classified as inherited and though they are relatively rare, they still affect 2-3 per cent of the global population. Some of these diseases include sickle cell disease, cystic fibrosis, myopathies, haemophilia and PIDs”. He explained how “Gene therapy is a promising treatment for these diseases and can provide a normal copy of an affected gene in a cell. It could also be used to inhibit or modify the expression of a mutated gene or fix a mutation. Gene therapy could also provide a synthetic gene for the implementation of a new function”.

Professor Fischer added that the idea of using gene therapy to treat genetic diseases is not new as the first paper on this subject was published in Science magazine way back in 1972. However, it is only since 2000 that effective treatment regimens using gene therapy have started.

For over 40 years, primary immunodeficiencies (PIDs) have featured prominently in the development and refinement of human allogeneic hematopoietic stem cell transplantation. During his talk, Professor Fischer shared some examples of the use of gene therapy in the treatment of severe combined immunodeficiencies (SCID) using stem cells. Gene Therapy for SCID involves the isolation and molecular correction of mutations in the patients own haematological stem cells, followed by transplantation of the functional cells back into the patient. He added that ‘genome editing can also provide treatment to several types of severe diseases’. Allogeneic hematopoietic stem cell (HSC) transplantation has, in particular, proved to be a highly effective curative option for many PIDs caused by intrinsic hematopoietic gene defects.

Professor Fischer said that mastering this treatment technique has been a long journey “full of serendipitous findings”. Proof of principle of efficacy and safety of the process has been a lengthy and painful process, he added. Prof also shared the fact that until now six medicine is approved for gene therapy to address the health complication in the medical world.

Three eminent speakers Ada Yonath, Nobel Prize in Chemistry (2009); Alain Fischer, Chair of Experimental Medicine at Collège de France (Guest Speaker); and Kurt Wüthrich, Nobel Prize in Chemistry (2002) discussed on the progressive world of medicine, vaccines, advanced treatment technologies and drug resistance and many more on the plenary stage moderated by veteran scientist Professor Alex Matter. The members explained how “Incredible advances in medicine have extended the human lifespan, but a host of challenges need to be tackled, including the epidemics of obesity, diabetes and neurodegenerative diseases; huge disparities in healthcare access; and the rise of antibiotics resistance and the anti-vaccine movement.”

Professor Matter, who has been called the father of targeted cancer therapies, noted that artificial intelligence (AI) and machine learning could revolutionise all aspects of medicine from research to diagnosis to treatment. “They would ideally support our busy, overworked doctors to better synthesise information and treat patients,” he said.

Such innovations will be crucial as more people live longer, noted Professor Kurt Wüthrich. “We have succeeded in fantastic ways in increasing humanity’s lifespan, but now we have to deal with the results, including not only the ailments of elderly people but how to handle the economics of medicine,” he stressed.

As scientists and doctors forge ahead, they should also reconsider past medicines, said Professor Ada Yonath. “We’ve seen examples of how medications given for other things were used as antibiotics with some success. We may need to look at how medicines, perhaps even some that were taken off the shelves for various reasons, maybe repurposed,” she said.

Prof Ada Yonath emphasized that “The war against antibiotic resistance requires a conceptual revision, namely design and creation of new types of degradable antibiotics with novel intracellular interactions”. She added, “Most antibiotics that are currently used are made up of small, toxic, organic molecules that cannot be digested and are therefore expelled into the environment. Making antibiotics degradable could help to curtail this problem. Also, future antibiotics need to be tailored to specific species of bacteria. This will reduce the use of each antibiotic and limit the rise of antibiotic resistance.” Prof Yonath added, “The advanced Bacteriophage Therapies are advantageous to combat drug resistance”. In Singapore, the Health Promotion Board (HPB) has also run campaigns to promote awareness of the right use of antibiotics.

The future of medicine will also need to encompass not just research into drugs but also public policy and greater public education, especially to promote the correct use of antibiotics and to combat the growing anti-vaccine movement, highlighted Professor Alain Fischer. He said: “We need more research on the social aspects of health and medicine. We need to get better at convincing people to be vaccinated, to exercise, to take better care of themselves.”

The panel addressed several other issues like personalised medicine and its implications, drug developments and its hurdles.

Overall, the summit gave great scope for the worldwide young research fellows and scientists to subject their wisdom to sharpening and to quench their thirst for knowledge. Young scientists also displayed their current innovative research addressing erupting medical challenges through “interactive poster presentations”.

The overarching summit was exciting and inspiring, brightening young researchers who are in their efforts to addresses critical global challenges in healthcare. The platform also enabled participants with a compelling research proposition to take the first steps to bring their ideas to fruition.