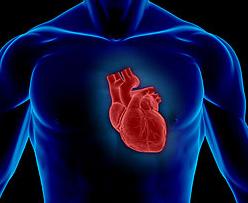 Singapore: Singapore's Biosensors International and Terumo Corporation have extended their existing licensing agreements, under which Terumo may continue to incorporate BioMatrix technology in the production, marketing and selling of Terumo's drug-eluting stent (DES) systems in markets worldwide, outside the US.

Biosensors and Terumo have agreed to extend the original licensing agreement for territories outside of Japan until December 2014, under terms similar to the original October 2003 agreement. Terumo also continues to benefit from its existing rights in Japan to manufacture, market and sell DES systems incorporating BioMatrix technology.

Under the original agreements, Terumo began introducing its Nobori DES system in global markets outside of Japan and the United States in 2008, and in Japan in 2011. Nobori is now sold in over 20 countries across Europe, Asia and Latin America. Nobori incorporates both Biolimus A9(BA9), an anti-restenotic drug developed and patented by Biosensors specifically for use with stents, as well as Biosensors' unique abluminal biodegradable polymer coating.

"We have established a strong partnership with Terumo over many years, and are delighted by this latest agreement, which further enhances our long-term strategic relationship," commented Mr Jeffrey B Jump, president, Biosensors' Cardiovascular Business Unit. "Our two companies will continue to work closely together to strengthen our respective technologies to provide future growth and patient benefit around the world."