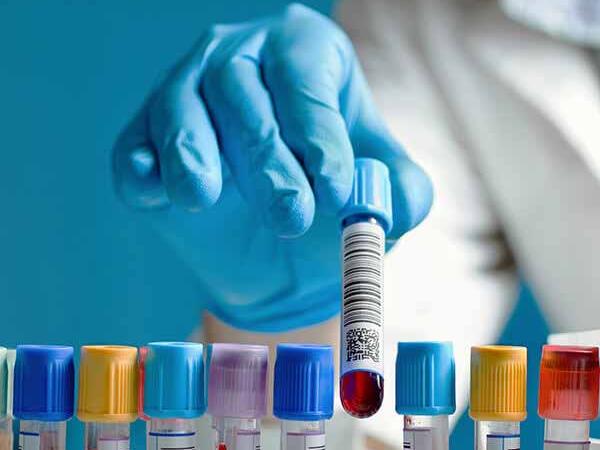 A study jointly conducted by Dean and Professor Takuya Fukushima, M.D., Ph.D., Graduate School of Health Sciences, University of the Ryukyus and NEC Corporation, Okinawa and Tokyo, has discovered a novel diagnostic biomarker for acute adult T-cell leukemia/lymphoma and been published in Blood Advances, a medical journal from the American Society of Hematology.

Key points of the announcement:

- As a biomarker, sTNFR2 in the blood plasma of ATL patients is expected to be more sensitive and more specific than other biomarkers previously reported. Although it is known that several proteins are found at higher levels in ATL patients, this study has discovered a proteomic biomarker with enhanced sensitivity and specificity

-Observation of sTNFR2 expression levels may help in the early diagnosis of ATL onset in HTLV-1 carriers. This may also help ATL patients through improvement of therapeutic outcomes, evaluation of treatment response, and prediction of prognosis

Adult T-cell leukemia/lymphoma (ATL) is a mature T-cell neoplasm associated with human T-cell leukemia virus type-1 (HTLV-1). Studies have shown that Japan has the largest population of HTLV-1 carriers, especially the Okinawa and Kyushu regions, and correspondingly a high incidence of ATL. The main routes of transmission of HTLV-1 are vertical transmission from an infected mother to child
through breastfeeding, and horizontal (sexual) transmission.

A 2008 to 2010 nationwide survey conducted by the scientific research arm of Japan's Ministry of Health, Labor and Welfare estimated that there is a total of 1,080,000 carriers in Japan, and that the
proportion of carriers in the metropolitan Kanto and Kinki regions has been on the rise (reference 3). The majority of HTLV-1 carriers remain asymptomatic throughout their lives, with only 5% exhibiting
clinical features of ATL.

Nevertheless, treatment of ATL remains exceptionally challenging, and the acute and lymphoma subtypes are known to be aggressive. Aggressive ATL patients typically have a poor prognosis, with a
median survival time of 8 to 10 months. To diagnose early ATL onset and improve the treatment of ATL, research is being conducted to identify ATL risk factors among HTLV-1 carriers, and although a high proviral load is known to be a risk factor for ATL progression, a definitive factor that can be used to predict the onset of ATL has yet to be identified. Moreover, ATL is known to increase the levels
of plasma proteins such as lactase dehydrogenase and soluble interleukin-2 receptor, but this increase is not specific to ATL and is not as useful as a predictor of ATL onset.

According to the Okinawa HTLV-1/ATL Research Network, a research group which is connected to various hospitals in Okinawa, there are approximately 70 aggressive ATL cases annually in Okinawa. Professor Takuya Fukushima and his colleagues partnered with NEC Corporation to form a joint research team with the objective of discovering a new biomarker that will enable the early detection of ATL. This was achieved by performing a comprehensive blood-based proteomic analysis of blood plasma specimens from the Okinawa HTLV-1/ATL biobank to compare asymptomatic HTLV-1 carriers (AC) and ATL patients.

Tumor necrosis factor (TNF) is a cytokine, and the subtype, TNF-α, induces apoptosis of solid tumor cells. TNF-α is also known to be involved in the induction of inflammation and apoptosis, and the
inhibition of tumorigenesis. TNFR2 is one of the receptors of TNF-α, and is involved in the proliferation of tumors. sTNFR2 refers to TNFR2 that have shed from the surface of cells and are freely floating in the blood. This study has also revealed that TNFR2 are highly expressed on acute ATL cell surfaces. To date, there have been no research findings indicating elevated TNFR2 levels in ATL patients, and the results of this study represent the potential clinical utility of sTNFR2 as a biomarker to diagnose acute ATL.

Looking ahead, the clinical significance of elevated sTNFR2 levels in onset prediction, early diagnosis, and prognosis prediction should be examined. Moreover, analyzing the mechanism by which TNFR2 is released from the surface of cells may prove to be important in paving the way for new treatment options.