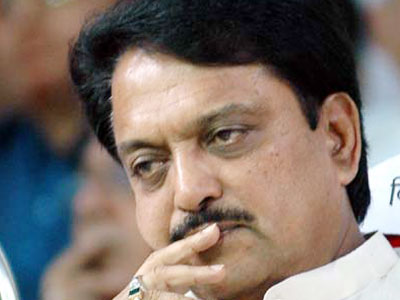 Shri Vilasrao Deshmukh passes away at 67

Bangalore: Mr Vilasrao Deshmukh, the Science and Technology minister, Government of India, passed away at a hospital in Chennai this afternoon after a brief illness at the age of 67. He was suffering from kidney and liver failures and was on life support. On August 7, 2012, he was admitted to Breach Candy hospital in Mumbai, following which he was air-lifted to Global hospitals in Chennai, due to deterioration in his condition.

Post the cabinet shuffle of the United Progressive Alliance (UPA) government, Mr Vilasrao Deshmukh, assumed the post of Union Minister of Science and Technology and Minister of Earth Sciences in July last year.

He did not take much interest in the Science and Technology portfolio and the Biotech Regulatory legislation did not move much during his tenure. In fact, the formal announcement of biosimilar guidelines had been held up since June because of the minister's illness. The guidelines were released to the international media on June 19 at BIO Boston but not done in India, awaiting time from the minister.

Apart from being the Rural Development minister, Mr Deshmukh previously worked as minister of Panchayati Raj, minister of Heavy Industries and Public Enterprises, Government of India, since 2009. Prior to taking ministerial positions in Federal government, he was the Chief Minister of Maharashtra twice, from 1999-to-2003, and from 2004-to-2008. During his tenure as Chief Minister of Maharashtra, Mr Deshmukh had visited BIO, US, to push for investment in his state. A few companies did come to the state but nothing substantial happened.