Additional regulatory reviews for BAVENCIO plus axitinib in advanced RCC are underway worldwide, including in the European Union and Japan 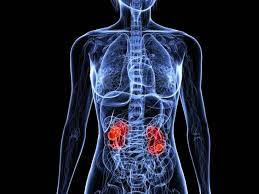 Merck and Pfizer Inc. announced that the US Food and Drug Administration (FDA) has approved BAVENCIO® (avelumab) in combination with axitinib(Inlyta) for the first-line treatment of patients with advanced renal cell carcinoma (RCC).

This is the first FDA approval for an anti-PD-L1 therapy as part of a combination regimen for patients with advanced RCC. The approval of BAVENCIO in combination with axitinib was based on positive results from the Phase III JAVELIN Renal 101 study (NCT02684006).

"As we look to continue to improve outcomes for people with advanced RCC, new treatment approaches have the potential to benefit patients," said Robert J. Motzer, M.D., Jack and Dorothy Byrne Chair in Clinical Oncology, Memorial Sloan Kettering Cancer Center, New York, US, and principal investigator for JAVELIN Renal 101. "With today's FDA approval of avelumab in combination with axitinib, we can now offer patients with advanced RCC a first-line treatment option that combines a PD-L1 immunotherapy with a well-known VEGFR TKI to provide a significant reduction in the risk of disease progression or death and doubling of the response rate compared with sunitinib."

"A kidney cancer diagnosis is life-changing for both patients and their loved ones, and having a treatment strategy for their disease quickly becomes a priority," said Dena Battle, President, KCCure. "The approval of new treatments such as BAVENCIO in combination with axitinib gives patients with advanced RCC much-needed options."

There is a significant unmet need for first-line treatments that delay progression and have an acceptable safety profile. Approximately 20% to 30% of patients are first diagnosed with RCC at the advanced stage, and 30% of patients treated for an earlier stage go on to develop metastases.4,5 About half of patients living with advanced RCC do not go on to receive additional treatment after first-line therapy,6,7 for reasons that may include poor performance status or adverse events from their initial treatment.6,8,9