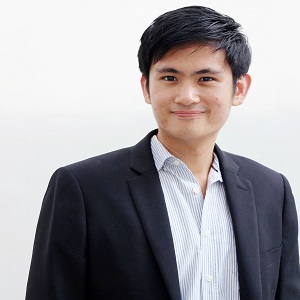 Singapore: Taiwan will remain a key destination for clinical trials due to the government's efforts to augment the country's medical infrastructure and streamline clinical research regulatory processes. In addition, there will be further upsides to the clinical trials sector should Taiwan be able to successfully harmonize its regulations with China and allow for the mutual recognition of data.

Taiwan will be well-positioned to gain from Asia's increasing attractiveness as a key region for clinical trials. In 2013, there were 214 clinical trials conducted in the country, down from its peak of 256 trials in 2010. While Taiwan lags behind other markets in East Asia, the number of clinical trials conducted in the country remains the fifth highest in Asia Pacific, and it is ahead of large markets such as India where regulatory concerns has driven trial numbers down to 174 in 2013. Multinational pharmaceutical companies currently actively conducting trials in the country include Roche and Astellas, which is studying the safety and efficacy of enzalutamide in patients with non metastatic prostate cancer.

Capacity Enhanced By Government Efforts
Robust government support for clinical research will be integral to Taiwan's attractiveness as a site for clinical trials. Reflecting a broader attempt to grow the biomedical industry, the Taiwanese government has subsidized the establishment of general clinical research centres in regional teaching hospitals with the aim of forming research management units as well as to improve the quality of research. Centres of excellences in clinical trials were also established at leading institutions such as the National University Hospital and the Taipei Medical University Wan Fang hospital to enhance the country's capacity to conduct Phase 1 and 2 clinical trials.

Fast Track To Provide An Edge
Moreover, regulatory processes in Taiwan have been accelerated which will be a boost for its attractiveness as a clinical trials site. For example, the Taiwanese Food and Drug Administration (FDA) has introduced a fast tract review to the approval process for global and regional trials. Under this new scheme, a multinational clinical trial protocol approved by one of the 10 reference countries (US, UK, France, Japan, Switzerland, Canada, Australia, Belgium, Sweden or Germany), will only need to undergo an administrative review by the Taiwanese FDA and will not require a technical evaluation from the Centre for Drug Evaluation. In addition, like South Korea, Taiwan allows for parallel regulatory and ethics reviews, resulting in a start-up time of approximately 11 to 16 weeks. This places it ahead of major markets such as Australia and China which have start-up times of 15-20 weeks and 24-30 weeks, respectively.

Upsides From Regulatory Harmonization
Furthermore, there will be strong upsides for clinical trials in Taiwan should there be a harmonization of regulatory processes with China. While this will remain a gradual process, moves in this direction have begun following an announcement in September 2014 by the Mainland Affairs Council, Taiwan's top China policymaker, that the two countries have reached a consensus on clinical trials for new medicines. Critically, this consensus involved the recognition of clinical data and its use in drug inspections and registration. We highlight this as a significant opportunity as a slow regulatory approval process remains the key impediment for multinational pharmaceutical companies in the highly attractive China medicine market.