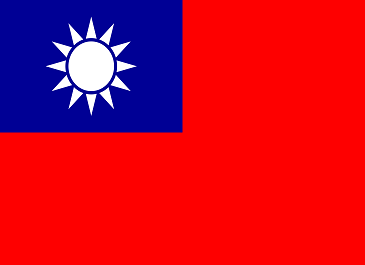 Singapore: Pricing and reimbursement will remain a challenge for pharmaceutical firms operating in Taiwan. The turnaround of the National Health Insurance's
budget from a deficit to a surplus will further perpetuate such measures as it had been key to curbing pharmaceutical spending in the country. Central measures such as the drug expenditure target and reference pricing are particularly tough while price-volume agreements present financial risks to firms.

Active government intervention will remain characteristic of the Taiwanese universal healthcare model. In November 2015, the National Health Insurance Administration (NHIA) disclosed that health insurance rates will be dropped from 4.91 percent to 4.69 percent while supplementary rates will decline from 2.00 percent to 1.91 percent in 2016. These new rates are expected to remain fixed till 2019 and follow a significant turnaround of the National Health Insurance (NHI)'s financial condition from a budget deficit of TWD58 billion ($1.7 billion) in 2009 to a surplus of TWD216 billion ($6.6 billion) as of September 2015. Government premiums to support the scheme have even started to decline from their peak of TWD115 billion ($3.5 billion) in 2012 to TWD111 billion ($3.3 billion) by 2014.

Drug expenditure target
Tough pricing policies were instrumental in returning the NHI's budget to a surplus and their success will see their perpetuation. Implemented in 2013 as part of the second generation NHI, biennial price cuts using price-volume surveys in Taiwan were replaced by the Drug Expenditure Target (DET) system. Under the new scheme, authorities set an annual pharmaceutical expenditure target following a process of negotiation with firms using the previous year's spending as a baseline. If actual medicine expenditure were to exceed the target, the NHIA would move to adjust drug prices in the fiscal year. This was applied in May 2014 when the NHIA reduced the prices of 7,583 pharmaceutical products by an average of 3.9 percent.

Reference pricing
In addition to the DET, the development of NHIA's pricing methodology for new pharmaceuticals will be a challenge. Known as the Pharmaceutical Benefits and
Reimbursement Schedule (PBRS), the government uses reference pricing as well as pharmacoeconomics in their pricing decisions. This can be particularly stringent on treatments which are not able to demonstrate significant clinical improvement, as medicines can be priced at the lowest cost level based on 10 reference markets (USA, Japan, the UK, Canada, Germany, France, Belgium, Sweden, Switzerland, and Australia).