Is the stage set for Precision Medicine to take off in Asia?

Even though precision medicine has many advantages when compared with the traditional healthcare system, the Asia region is currently witnessing limited adoption of the same due to various underlying reasons 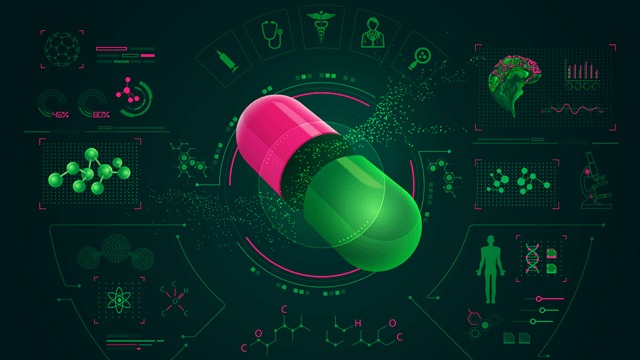 Driven by an array of technological advancements and coupled with genomic breakthroughs, precision medicine has become an established modality in the regular healthcare routine, particularly in the US and the European Union (EU). However, it does not hold true for Asia. BioSpectrum delves into the state of precision medicine in Asia and the promise it holds for the continent.

Even though precision medicine has many advantages when compared with the traditional healthcare system, the Asia region is currently witnessing limited adoption of the same due to various underlying reasons. These include high cost, lack of awareness among the public, regulatory challenges, etc.

"There are many factors to consider. Precision medicine involves testing for specific genetic or protein alterations and this can be expensive if a large number of alterations need to be tested such as in lung cancer. The extent to which precision medicine can be practised in the clinic, therefore, depends on the model of reimbursement of healthcare costs including the availability of government subsidies, not just for drugs but also for genomic tests", said Dr Timothy Tay, Consultant, Dept of Anatomical Pathology, Singapore General Hospital.

He added that high throughput sequencing technologies, such as next-generation  sequencing required to test for multiple genetic alterations in a more cost-effective manner. It also requires a specialised laboratory set up and local infrastructure to store the sequencing data.

Tay maintains that rained personnel are then needed to perform and interpret the sequencing data and they include people with a diverse range of expertise such as laboratory scientists, clinicians, bioinformaticians and genetic counsellors. Such expertise is in short supply in many countries in Asia. The growth of precision medicine therefore also depends on whether such high-end precision medicine assays are readily accessible to fuel the use of targeted therapy.

According to Precedence Research, the global precision medicine market value surpassed $59.16 billion in 2019 and is expected to reach $141.33 billion by 2027. Asia Pacific seems to be the most opportunistic region in this space owing to the increasing cases of cancer and other diseases along with the health awareness among people.

This presents a lot of opportunities for the players in the precision medicine space.

"Asian countries with a growing middle class that is more affluent and better educated is likely to have increased demand for better healthcare including precision medicine. This will drive the need for diagnostic assays and drugs which in turn will push for the expansion of local infrastructure and training of relevant personnel to meet the need," opined Tay.

At the national level, some Asian countries have also initiated national genomics programmes, building their own population genomic databases by sequencing the DNA from healthy individuals. Thailand, for example, recently approved a $150 million five-year Genomics Thailand Initiative to characterise the genomes of 50,000 citizens. Singapore, also has its own National Precision Medicine Strategy which includes the collection of genetic material from 10,000 healthy Singaporeans of different ethnicities. Such projects to build local genetic data banks help serve as a reference for genetic normality that is more relevant to local/Asian populations compared to databases derived from Western populations. As Singapore moves into the second phase of its National Precision Medicine Strategy in 2021, there are plans to further enlarge the data bank to 100,000 healthy individuals and expand the use of precision medicine in clinical practice.

China’s Precision Medicine Initiative (PMI) has made it possible to acquire and access data for millions of people in order to enable better healthcare provisions, particularly for oncology. With the 13th Five-Year Plan (2016-2020) coming into action, China has confirmed its prioritisation of precision medicine as a strategy to enable better healthcare outcomes. PMI is expected to be funded with $9.2 billion by 2030. Nearly every country has a precision medicine initiative of its own, and China has the largest and the most well-funded initiative in place. The introduction of China’s PMI is expected to offer lucrative opportunities to the domestic as well as international players to consolidate their respective footprint in China and Asia.

Tay believes that such government initiatives provide ample opportunities for pharmaceutical and biotechnology companies, as industry partnerships are      essential to make precision medicine a reality.

"Further, due to the shift from traditional healthcare to precision medicine-based healthcare on account of the uptake of funding and initiatives, the stakeholders in this ecosystem are actively adopting strategies to offer advanced diagnostics and targeted therapeutics to patients suffering from cancer," said Nitish Singh, Principal Analyst at BIS Research.

According to Tay,"The prevalence of cancer is unlikely to decrease and with scientific research constantly yielding new insights into cancer genomics and bringing about the development of novel targeted therapies with survival benefit, it is inevitable that there will be a push towards increased testing of cancers in order to match patients to the right drug".

As genomic research has increased, there are signals that the focus of precision medicine may shift beyond just oncology and towards non-oncology areas.

"According to the Diaceutics Group, two-thirds of phase three pipelines are focused on non-oncology areas. This provides strong motivation for precision medicine researchers to find applications outside of oncology areas. Examples of areas where such applications may be found are infectious diseases, central nervous system diseases, and cardiovascular diseases. Alzheimer’s and Parkinson’s, which have strong genetic correlations, have been posited as possible candidates for further research in the precision medicine industry,"said Singh.

The Asia region is anticipated to lead the adoption of blockchain in healthcare. This is majorly attributed to various countries such as China, South Korea, and Singapore, taking a significant lead in the implementation of this advanced technology in regular healthcare practices. Singh added, "China, with the endorsement of blockchain technology, is expected to contribute heavily to the region taking the lead in the adoption of this technology. With genomic data being massively extracted from various research initiatives, the incorporation of blockchain has become evident". As per Singh, initiatives such as China’s PMI clubbed with massive government support, are expected to contribute to the emerging trend to adopt blockchain in precision medicine, particularly for genomics.

Owing to the consequent genome sequencing boom in Asia, the region's enormous population poses a genetic goldmine. "However, an increasing concern among the population and the governments has fostered an environment wherein there is a massive demand for health security. Data that is being generated through the increasing genome sequencing activities in Asia has necessitated stringent policies for data sharing and data security," said Singh.

Collaboration among all the stakeholders across academia, pharmaceutical and biotech, clinical settings, governments and policy making is important in advancing precision medicine. Increasing access to tests available, improving awareness among healthcare providers, enhancing the quality will all help in boosting the personalised medicine market in the region.