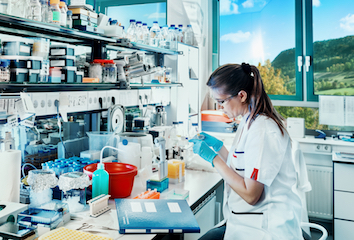 A drug used to treat asthma and allergies can bind to and block a crucial protein produced by the virus SARS-CoV-2, and reduce viral replication in human immune cells, according to a new study by researchers at the Indian Institute of Science (IISc).

Approved by the US Food and Drug Administration (FDA), the drug, called montelukast, has been around for more than 20 years and is usually prescribed to reduce inflammation caused by conditions like asthma, hay fever and hives.

In the study published in eLife, the researchers show that the drug binds strongly to one end (‘C-terminal’) of a SARS-CoV-2 protein called Nsp1, which is one of the first viral proteins unleashed inside the human cells. This protein can bind to ribosomes – the protein-making machinery – inside our immune cells and shut down the synthesis of vital proteins required by the immune system, thereby weakening it. Targeting Nsp1 could therefore reduce the damage inflicted by the virus.

“Clinicians have tried using the drug, and there are reports that said that montelukast reduced hospitalisation in COVID-19 patients,” says researchers, adding that the exact mechanisms by which it works still need to be fully understood. The team plans to work with chemists to see if they can modify the structure of the drug to make it more potent against SARS-CoV-2. They also plan to continue hunting for similar drugs with strong antiviral activity.