CytoDyn’s financial contribution to this trial will be limited to supplying TRCARC with the necessary quantities of leronlimab. 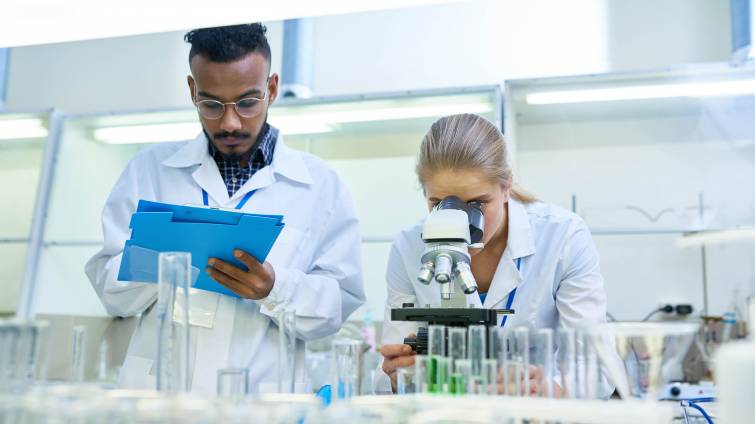 CytoDyn, a late-stage US based biotechnology company developing leronlimab (PRO 140), a CCR5 antagonist with the potential for multiple therapeutic indications has announced a Memorandum of Understanding (MoU) with Thai Red Cross AIDS Research Centre for the design and conduct of a pre-exposure prophylaxis (PrEP) clinical trial of leronlimab (PRO 140) in subjects at high risk of HIV infection. The trial is based on positive results in a pre-clinical study. CytoDyn’s financial contribution to this trial will be limited to supplying TRCARC with the necessary quantities of leronlimab. TRCARC will secure all necessary regulatory permissions, and ensure that the PrEP trial is conducted in a timely manner under mutually agreed upon clinical trial protocols. Results of the trial could potentially be used for label extension of leronlimab (PRO 140) in other jurisdictions, including potentially with the U.S. Food and Drug Administration.

“The rationale for the use of leronlimab as PrEP is grounded in the long-standing observation that individuals deficient for the CCR5 co-receptor are nearly completely resistant to sexual transmission of HIV,” said Dr. Jonah Sacha, Associate Professor of the Oregon Health & Science University. Dr. Sacha continued, “Given the difficulties many patients face with adherence to daily oral antiretroviral therapy drugs as PrEP, once-weekly leronlimab as PrEP could be transformative in slowing the epidemic.”

“I am thankful to Dr. Sacha for his investigational study of leronlimab that led to this opportunity for CytoDyn to collaborate with Thai Red Cross AIDS Research Centre,” stated Dr. Nader Pourhassan, President and CEO of CytoDyn. “We look forward to our collaboration with TRCARC to deliver quality, insightful, and timely clinical data that could further inform and validate the value of leronlimab,” he continued. “The only product currently in use for PrEP is Truvada, which was approved for HIV therapy in 2004, followed by a label expansion for PrEP a few years later. Truvada is a daily pill and has shown great results for use in PrEP. Thanks to Truvada, the number of new infected HIV patients in the U.S. in 2018 continued to decline. It is our understanding that Truvada has been used for PrEP by over 130,000 men and women in 2018. We believe that leronlimab, if approved as a combination therapy for highly treatment experienced people, could have multiple label expansion opportunities, including monotherapy and potentially PrEP. We are thankful for the opportunity to initiate this very important PrEP study now, so that if it is successful, we can move forward expeditiously in the event leronlimab is approved as a combination therapy. CytoDyn’s obligation under this agreement with TRCARC is to provide leronlimab without any other financial obligation,” concluded Dr. Pourhassan.

“We are excited to have the opportunity to partner with CytoDyn and their highly innovative and paradigm-shifting weekly self-injectable leronlimab,” stated Dr. Nittaya Phanuphak, Chief of PREVENTION and Chief of SEARCH (South East Asia Research Collaboration on HIV) at the Thai Red Cross AIDS Research Centre. “People who are at high-risk of getting HIV infection need various HIV prevention options that could fit different lifestyles and address barriers to consistent use. Leronlimab has high potential to be a very practical HIV prevention tool, both for clients and providers,” continued Dr. Phanuphak. “We look forward to moving forward to initiate this groundbreaking clinical trial,” concluded Dr. Phanuphak.