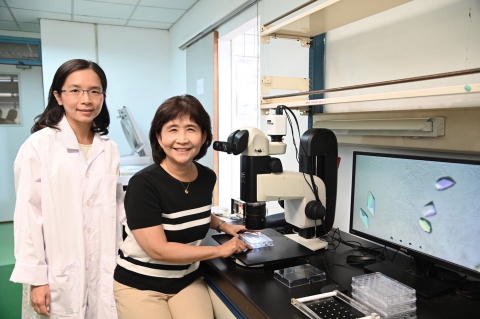 A research team led by Professor Sun Yuh-Ju of the Institute of Bioinformatics and Structural Biology, National Tsing Hua University in Taiwan, working in conjunction with Chwan-Deng Hsiao’s laboratory at Academia Sinica’s Institute of Molecular Biology, has recently solved the mystery which has long surrounded the molecular structure of the “phosphate transporter” and their findings are expected to have a significant impact on research into the treatment of dementia. The team’s research finding has been published in the August issue of Science Advances.

According to Sun, membrane proteins, such as receptors, transporters and channels, are responsible for transmitting signals and supplying energy to cells, and therefore play a very important role in the development of pharmaceuticals.

Human phosphate transporter (hPiT) is an important membrane protein for transporting phosphate and sodium ions into brain cells. But pathological changes can block this transport, allowing calcium phosphate to precipitate on the surface of the cell membrane, which will eventually lead to calcification of the basal nucleus, thereby producing the neurodegenerative symptoms typical of Parkinson’s disease and Alzheimer’s disease.

There are more than 30,000 kinds of proteins in the human body, amongst which membrane proteins are the most important, and least understood, which is why Sun has made it the focus of her research. It took 5 years to analyze the molecular structure of the phosphate transporter.

The first step in analyzing the molecular structure of membrane protein is to cultivate the membrane protein crystal. Human phosphate transporter crystal that is only one-tenth the size of a sesame grain, Sun said that its angular, glittering, and translucent form contains important information on molecular structure, such that it’s “more precious and beautiful than a diamond.”