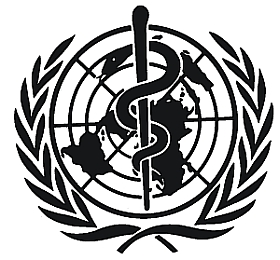 Singapore: The World Health Organization (WHO) has launched Global Hepatitis Network in Singapore to build capacity and strengthen national, regional and global action to tackle viral hepatitis. The network will engage in raising awareness, promoting partnerships and mobilizing resources; evidence-based policy and data for action; prevention of transmission and screening, care and treatment.

Professor Ding-Shinn Chen, Chair of Coalition to Eradicate Viral Hepatitis in Asia Pacific (CEVHAP), an organization to advocate for public policy reform to reduce the burden of and ultimately eliminate viral hepatitis in Asia Pacific, commented that, "The Global Hepatitis Network represents an excellent opportunity for greater collaboration between governments and expert groups, and will we hope mobilize resources that are urgently needed. The launch of the Network reflects the growing recognition that viral hepatitis is as serious a global threat as HIV, TB and malaria, something that is crucially important to elevate attention and drive action."

Speaking at the launch of the Global Hepatitis Network, Mr Charles Gore, president of the World Hepatitis Alliance said that, "The greatest challenge for the Global Hepatitis Network will be to access resources that are urgently needed to tackle viral hepatitis. The major global health funds still exclude hepatitis and despite significant advancements in treatment, the funding situation has led to an era of neglect and a spiral in deaths."

Professor Stephen Locarnini, Joint Secretary, CEVHAP said, "We applaud the leadership of WHO's Global Hepatitis Programme in forming this network. As a WHO Regional Reference Laboratory in the region, VIDRL have already learned the power of international collaboration and this new network demonstrates the important progress and resource commitment being made by WHO."