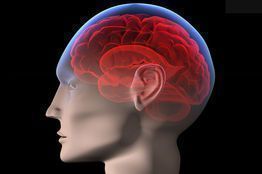 Singapore: A new class of ultrasmall peptides developed by A*Star's Institute of Bioengineering and Nanotechnology (IBN) is providing scientists a platform for understanding degenerative diseases such as Alzheimer's, diabetes and cancer. Amyloids, or fibrous aggregates of abnormally folded proteins, are a common feature in degenerative diseases and occur naturally in the body, but despite decades of research, their mechanism of formation remains unknown, hampering drug development efforts.

IBN executive director Professor Jackie Y Ying said that, "Our researchers have been focusing on creating biomimetic materials for nanomedicine and cell and tissue engineering applications. The novel ultrasmall peptides developed by IBN are not only highly effective as synthetic cell culture substrates, but also as a model for studying the mystery of amyloid formation. Such fundamental understanding could contribute towards advancing medical treatment of amyloid-related disorders."

First discovered in 2011 by IBN team leader and principal research scientist Dr Charlotte Hauser, the peptides were formed from only three-to-seven amino acids, making them the smallest ever reported class of self-assembling aliphatic compounds. Peptides perform a wide range of functions in the body, and are distinguished from proteins based on size. Building on this earlier research, IBN researchers have found a striking similarity between the structure of their synthetic peptides and the protein structure of naturally occurring amyloids in the latest study published in Proceedings of the National Academy of Sciences.

Dr Hauser elaborated, "This is the first proof-of-concept that our peptides self-assemble in the same way as naturally occurring amyloid sequences. Knowing that the process of amyloid formation is common across various chronic degenerative diseases, our goal is to identify the specific trigger so that we can design the appropriate drugs to inhibit and control the aggregate formation."

The IBN team collaborated with researchers from the Institute of High Performance Computing and the European Synchrotron Radiation Facility to validate their peptides with the core protein sequences of three diseases, including Alzheimer's, diabetes and thyroid cancer.

The results revealed that the mechanism behind the self-assembly of amyloids from smaller intermediate structures into larger amyloid structures was similar to how the IBN peptides were formed. In addition, this study supports the growing evidence that early intermediates are more toxic than the final amyloid fibers, and may even be the driving force behind amyloid formation.

Patent applications have been filed on this research, and the next step of this project is pre-clinical evaluation of ultrasmall peptide therapeutics. IBN will also investigate other amyloid disorders such as corneal dystrophy, which can result in blindness.