Singapore develops test to detect coronavirus even when it mutates

The research team has filed a patent for the VaNGuard test 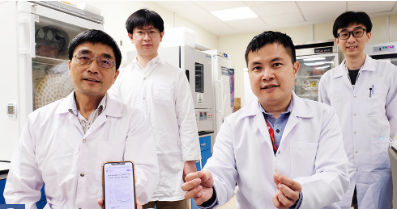 A team of scientists led by Nanyang Technological University, Singapore (NTU Singapore) has developed a diagnostic test that can detect the virus that causes COVID-19 even after it has gone through mutations.

Called the VaNGuard (Variant Nucleotide Guard) test, it makes use of a gene-editing tool known as CRISPR, which is used widely in scientific research to alter DNA sequences and modify gene function in human cells under lab conditions, and more recently, in diagnostic applications.

In addition to its ability to detect SARS-CoV-2 even when it mutates, the VaNGuard test can be used on crude patient samples in a clinical setting without the need for RNA purification, and yields results in 30 minutes. This is a third of the time required for the gold standard polymerase chain reaction (PCR) test, which requires purification of RNA in a lab facility.

The team of scientists led by NTU hopes that the VaNGuard test can be deployed in settings where quickly confirming COVID-19 status of individuals is paramount.

The research team has filed a patent for the VaNGuard test.

Moving forward, they plan to perform further experiments to further refine their diagnostic kit, obtain regulatory approval from relevant authorities, and commercialise their test in partnership with diagnostic companies.

To make the test easier to use once it has been approved for roll out, the scientists integrated the test into a specially treated paper strip that looks similar to a pregnancy test.