Collaboration by researchers in Singapore and Australia leads to first-of-its-kind computational biology algorithm that could enable more effective cellular therapies against major diseases. 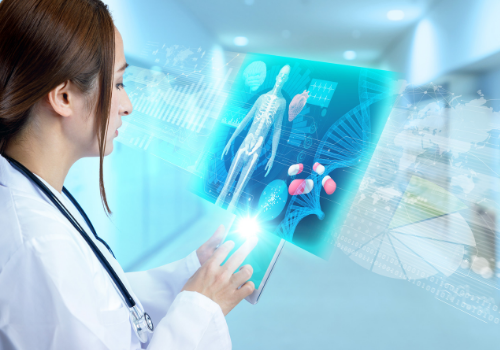 Cellular therapy is a powerful strategy to produce patient-specific, personalized cells to treat many diseases, including heart disease and neurological disorders. But a major challenge for cell therapy applications is keeping cells alive and well in the lab.

Researchers at Duke-NUS Medical School, Singapore, and Monash University, Australia, have devised an algorithm that can predict what molecules are needed to keep cells healthy in laboratory cultures. They developed a computational approach called EpiMogrify, that can predict the molecules needed to signal stem cells to change into specific tissue cells, which can help accelerate treatments that require growing patient cells in the lab.

“Computational biology is rapidly becoming a key enabler in cell therapy, providing a way to short-circuit otherwise expensive and time-consuming discovery approaches with cleverly designed algorithms,” said Assistant Professor Owen Rackham, a computational biologist at Duke-NUS, and a senior and corresponding author of the study, published today in the journal Cell Systems.

In the laboratory, cells are often grown and maintained in cell cultures, formed of a substance, called a medium, which contains nutrients and other molecules. It has been an ongoing challenge to identify the necessary molecules to maintain high-quality cells in culture, as well as finding molecules that can induce stem cells to convert to other cell types.

“Research at Duke-NUS is paving the road for cell therapies and regenerative medicine to enter the clinic in Singapore and worldwide; this study leverages our expertise in computational and systems biology to facilitate the good manufacturing practice (GMP) production of high-quality cells for these much needed therapeutic applications,” said Associate Professor Enrico Petretto, who leads the Systems Genetics group at Duke-NUS, and is a senior and corresponding author of the study.

The researchers added existing information into their model about genes tagged with epigenetic markers whose presence indicates that a gene is important for cell identity. The model then determines which of these genes actually code for proteins necessary for a cell’s identity.

Additionally, the model incorporates data about proteins that bind to cell receptors to influence their activities. Together, this information is used by the computer model to predict specific proteins that will influence different cells’ identities.

“This approach facilitates the identification of the optimum cell culture conditions for converting cells and also for growing the high-quality cells required for cell therapy applications,” said ARC Future Fellow Professor Jose Polo, from Monash University’s Biomedicine Discovery Institute and the Australian Research Medicine Institute, who is also a senior and corresponding author of the study.

The team compared cultures using protein molecules predicted by EpiMogrify to a type of commonly used cell culture that uses a large amount of unknown or undefined complex molecules and chemicals. They found the EpiMogrify-predicted cultures worked as well or even surpassed their effectiveness.

The researchers have filed for a patent on their computational approach and the cell culture factors it predicted for maintaining and controlling cell fate. EpiMogrify’s predicted molecules are available for other researchers to explore on a public database: http://epimogrify.ddnetbio.com.