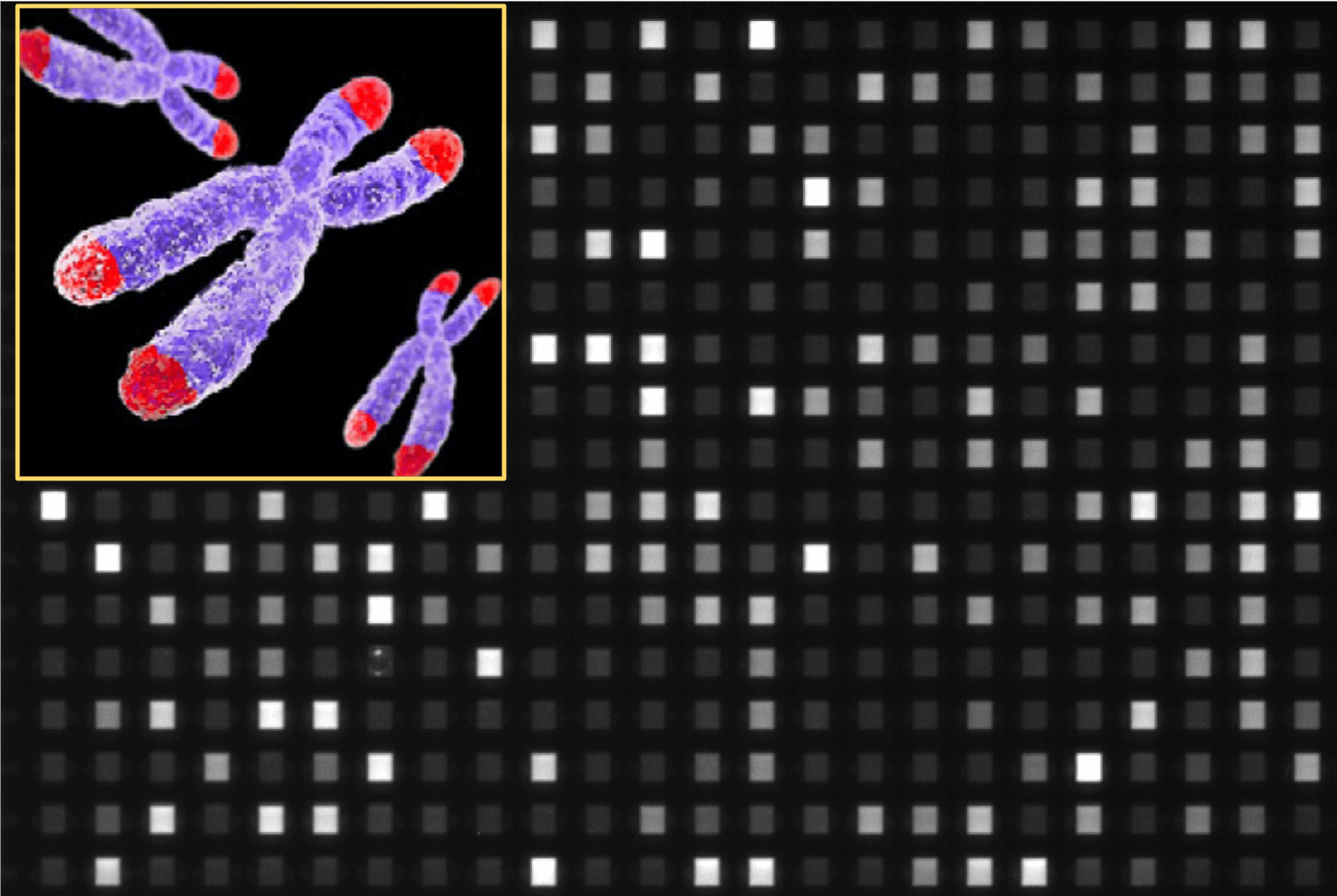 Telomeres being repetitive DNA sequences at the end of the chromosome protects the genetic material against genome instability, preventing cancers and regulating the aging process. Each time a cell divides in our body, the telomeres shorten, thus functioning like a molecular “clock” of the cell as the shortening increases progressively with aging. An accurate measure of the quantity and length of these telomeres can provide vital information if a cell is aging normally, or abnormally, as in the case of cancer.

To come up with an innovative way to diagnose telomere abnormalities, a research team led by Assistant Professor Cheow Lih Feng from the NUS Institute for Health Innovation & Technology (iHealthtech) has developed a novel method to measure the absolute telomere length of individual telomeres in less than three hours. This unique telomere profiling method can process up to 48 samples from low amounts (<1 ng) of DNA. Their work was published in the journal Science Advances on 21 August 2020.

“Our innovation could greatly enhance the speed of diagnosis and simultaneously provide critical telomere information for age-related diseases and cancers. Such a clinically reliable tool that is able to provide accurate telomere profiling will allow for precision therapy and targeted treatments for patients,” explained Asst Prof Cheow, who is also from the NUS Department of Biomedical Engineering.

Using the STAR assay, the researchers can accurately determine the telomere maintenance mechanism in cancer cells and obtain a high level of detailed information in the measurements. Patients who have cancers activated by the Alternative Lengthening of Telomere (ALT) pathway – such as certain sarcomas (cancer of connective tissues) and gliomas (cancer of brains) – are often shown to have poor prognosis that is linked to longer than average telomere length and a high percentage of critically short telomeres. In addition, their cancer cells also were found to possess extra copies of telomere molecules.

NUS iHealthtech team tested the innovation on patients and the validation has proven the STAR assay to be effective in diagnosing the ALT status in paediatric neuroblastoma, which can serve as a useful prognosis indicator for this cancer.

"Previously less recognised in patients, telomere abnormalities like ALT have been recently identified to be a new risk marker in neuroblastoma. Since neuroblastoma with telomere abnormalities have poorer outcomes, this new method of measuring telomeres can now facilitate simpler and more rapid identification of ALT in patients to more accurately define their disease prognosis,” said Dr Amos Loh, Senior Consultant, who is from KKH’s Department of Paediatric Surgery.

Asst Prof Cheow shared, “The combination of rapid workflow, scalability and single-molecule resolution makes our system unique in enabling the use of telomere length distribution as a biomarker in disease and population-wide studies. It will be particularly useful for diagnosing telomere maintenance mechanisms within clinical time scales, to determine personalised, therapeutic or preventive strategies for patients”.

The NUS iHealthtech team is looking to extend their research and apply the STAR assay platform for use in hospital settings, to facilitate the diagnosis of aging-related diseases.