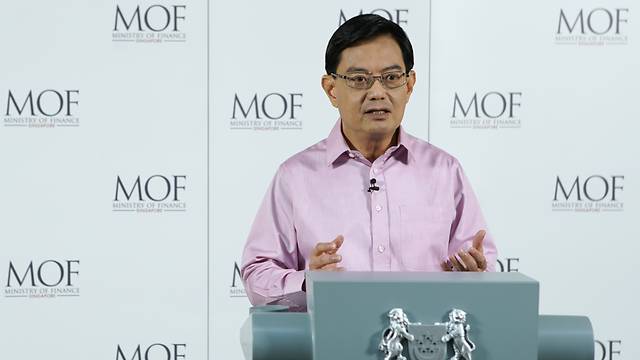 Singapore Deputy Prime Minister Heng Swee Keat has announced a new injection of S$8 billion stimulus package in addition to the previously announced package in April 2020. With this extended stimulus, the Singapore government is creating 4,000 new jobs in healthcare as it redeploys more aviation workers to other industries.

Hiring in the public healthcare and long-term care sectors has accelerated by the Singapore government considering the need for more workers at biomedical sciences, financial services, and ICT sectors. According to Deputy PM, Heng Swee Keat the new support is based on the projected recovery of the different sectors. Under this, biomedical sciences will receive 10% support for four more months, for wages paid up to December 2020.

As part of the efforts, the Government is encouraging firms in fields like financial services and healthcare to hire more in the next six months. Under a new S$1 billion initiative, the government will co-pay 25% of salaries for new local hires for up to a year. For those aged 40 and above, the co-payment to firms from the government will be up to 50%.  The government will also extend wage support beyond August, with the amount and duration to vary from 10% till year-end for workers in sectors that are managing relatively well.

Sectors like aerospace, aviation, and tourism have seen the hardest hit due to COVID-19. Employees from Singapore Airlines (SIA) Group are now temporarily redeployed to KK Hospital as Care Ambassadors. The government is planning to scale-up the temporary redeployment program including permanent roles, in the healthcare sector along with the creation of more than 4000 vacancies.

To support hiring in these growing sectors, the Government is planning to launch the Jobs Growth Incentive (JGI), which further supports the Government’s efforts to create new jobs. To better flow workers to new opportunities, the government has set up 24 SGUnited Jobs and Skills Centres and urges jobseeker to visit these centers and make the best of the resources available, like to find a suitable job, traineeship, attachment or training.

To mount a robust and swift response Singapore Government has dedicated close to $100 billion over four Budgets to support our people and businesses in this crisis. With the launch of Jobs Support Scheme (JSS) Government has distributed over $16 billion of JSS payouts, benefitting over two million local workers in more than 150,000 firms. JSS further extends support by up to seven months, covering wages paid up to March 2021. However, JSS draws heavily on Singapore reserves and risks trapping workers in unviable businesses.