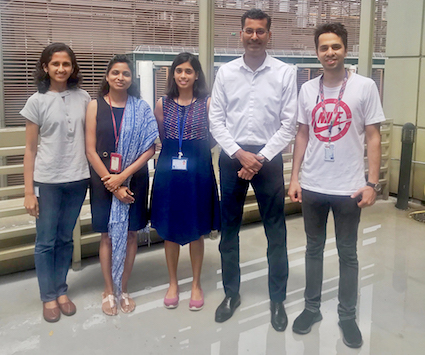 With the goal of supporting the science and technology that will make it possible to cure, prevent, or manage all diseases by the end of this century, a philanthropic organisation founded by Dr Priscilla Chan and Mark Zuckerberg in 2015, awarded its first Asian research network grant.

It was awarded to a team of scientists from Singapore, Japan, and the Republic of Korea, for their study titled “Asian Immune Diversity Atlas (AIDA)”. The team from the Agency for Science, Technology and Research’s (A*STAR’s) Genome Institute of Singapore (GIS), RIKEN, and Samsung Medical Centre, aims to identify differences in the molecular properties of blood cells across five major Asian population groups – Chinese, Japanese, Korean, Indian, and Malay.

In addition, AIDA will study differences between individuals of the same ethnicity living in different countries. The results from this work could help us understand why some populations, or some individuals within a population, are more susceptible to certain diseases, and could also pave the way for new blood-based diagnostic tests.

The Chan Zuckerberg Initiative has funded this study as part of the international Human Cell Atlas (HCA) collaboration, which brings together the best scientific minds in the world to map and characterise all cell types in a healthy human body, to better understand the drivers of health and disease. The HCA has set an ambitious goal of characterising cells from diverse populations all around the world. As the flagship project of HCA-Asia, AIDA will capture data reflecting the genetic diversity of Asian populations.