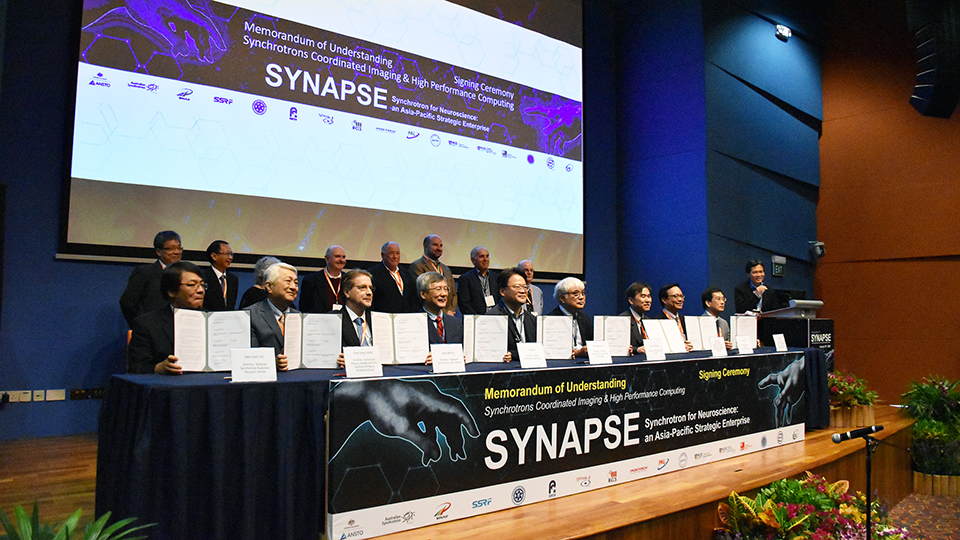 Scientists from the National University of Singapore (NUS) are working as members of an international team to produce a first-of-its-kind ultra-high resolution 3D comprehensive map of the human brain’s neural network.

The effort involves teams from Singapore, Japan, South Korea and Taiwan. Australia and China have also expressed interest to be part of the project. Initiated at NUS, the Singapore team, comprising researchers from the local scientific community, will use synchrotrons – extremely powerful x-ray sources – to trace the complex and intricate networks that cover the brain.

Associate Professor Low Chian Ming from the NUS Yong Loo Lin School of Medicine’s Department of Pharmacology and Department of Anaesthesia is a co-founding member of this international consortium, and leads the team from Singapore. The team will work to construct the map of the human brain and coordinate the data management for this endeavour.

The work will link the synchrotron facilities in the Asia Pacific region under a collaboration called Synchrotron for Neuroscience – Asia Pacific Strategic Enterprise (SYNAPSE), which is expected to involve more than 1,000 researchers. Launched on 15th January 2020 at the NUS Shaw Foundation Alumni House Auditorium, the founding members of the initiative signed a Memorandum of Understanding (MOU) committing to work together to complete their brain map project by 2024.

As mapping a human brain will generate a huge amount of data, a second MOU has been signed by the SYNAPSE members to implement a High Performance Computing network to rapidly process, store, mobilise, access, and analyse such data. Singapore, which will leverage the petascale supercomputing resources at the National Supercomputing Centre (NSCC), will be the data hub of SYNAPSE. The data hub will link all the SYNAPSE partners via the established high-speed 100G international network connections of the Singapore Advanced Research and Education Network (SingAREN).