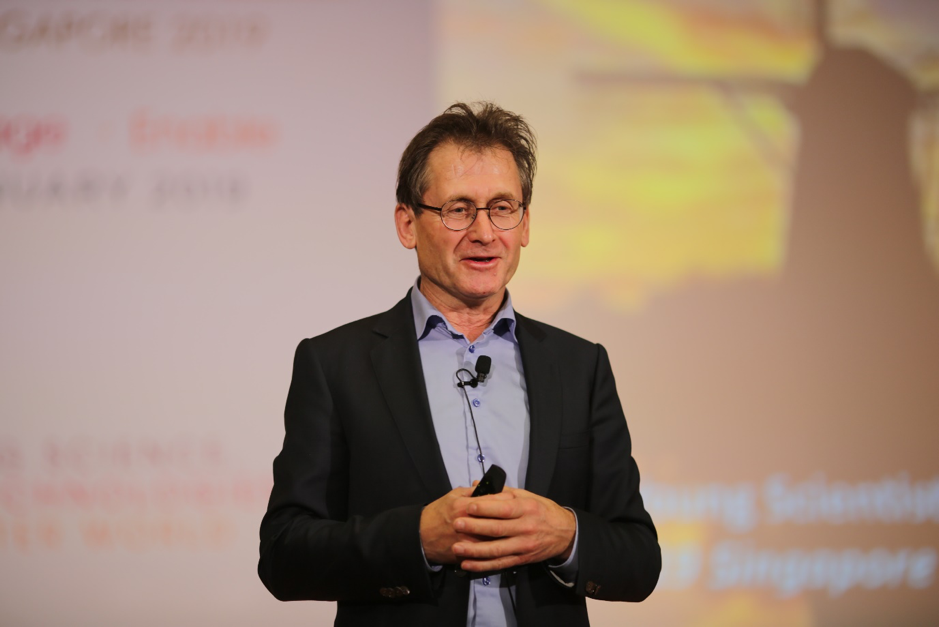 Professor Ben Feringa, Nobel Prize in Chemistry (2016), at his plenary lecture at GYSS 2019

This year’s summit saw more than 200 early-career researchers gathering from 20 to 25 January at Nanyang Technological University (NTU). There, they had the opportunity to interact and learn from 16 prize-winning speakers — ten Nobel Prize laureates, three Fields Medallists, two winners of the Millennium Technology Prize, and one Turing Award recipient. The speakers represented a wide range of disciplines including physics, chemistry, mathematics, engineering and computer science.

“GYSS is an expression of the belief that there is benefit in providing a platform for fostering exchange among scientists of different generations, cultures and disciplines,” said Dr Tony Tan Keng Yam, patron of the summit and Singapore’s former president.

Over five days, the young scientists exchanged ideas with the distinguished speakers in a series of interactions ranging from plenary lectures, panel discussions, poster presentations, small group sessions and informal chats during breaks.

Beyond the sessions held at NTU, GYSS participants also visited numerous sites to learn more about Singapore’s local research and innovation ecosystem. These included trips to the local universities, the Agency for Science, Technology and Research, Singapore City Gallery, and NEWater Visitor Centre, among others. The visits were organised to showcase the important role science and innovation has played, and continues to play, in Singapore’s economic and social development, as well as how it has helped the island nation overcome its natural constraints.