[REQ_ERR: OPERATION_TIMEDOUT] [KTrafficClient] Something is wrong. Enable debug mode to see the reason. Macrogen establishes a subsidiary in Singapore

Macrogen establishes a subsidiary in Singapore

Macrogen Asia Pacific Pte. Ltd. is the company’s second global operation in Asia following one in Japan. It is located in Biopolis, a biomedical research complex, and is aimed at expanding the genome sequencing and analysis market in Southeast Asia. 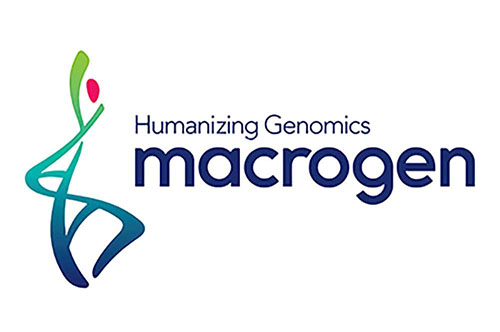 Macrogen, Inc., a precision medicine biotechnology company, announced that it has established Macrogen Asia Pacific Pte. Ltd., a subsidiary in Singapore in March and is hard at work on final arrangements to start actual business, such as the installation of a genome center.

Macrogen Asia Pacific Pte. Ltd. is the company’s second global operation in Asia following one in Japan. It is located in Biopolis, a biomedical research complex, and is aimed at expanding the genome sequencing and analysis market in Southeast Asia.

The genome sequencing and analysis market in Southeast Asia is growing every year. The current market size is estimated to be approximately $50 million and is expected to grow to $0.2 billion within 5 years. Among others, Singapore’s genome sequencing and analysis market is the largest and its growth is evaluated to be highest. This is because the Singapore government recently announced the Research, Innovation and Enterprise 2020 Plan (RIE 2020) as a national R&D policy and invested $20 billion in R&D, with a third of that concentrated in bio and healthcare.

Singapore is well known optimal base for business expansion in Southeast Asia because the country has an excellent business environment for doing business. In particular, Singapore is a mecca of genome research in Southeast Asia. Many of scientists and research institutions in the region follow policies and technologies from Singapore. For this reason, once a success case is secured in Singapore, advancing into neighboring countries become easy.

Macrogen established a representative office in November 2016 before setting up the Singapore operation. After the establishment of the representative office, Macrogen conducted a market survey and build local institutional networking and a project pipeline for one year, as well as examined project feasibility. Based on feasibility study, Macrogen Asia Pacific has established to deliver regional project in March this year.

Macrogen is installing a state-of-the-art genome center in which the latest NGS platforms have been introduced, such as NovaSeq 6000. The purpose of the center is to lay a foundation for participation in the large-scale genome analysis projects of major institutions such as Agency for Science, Technology and Research (A*STAR), a national research and development institute, and SingHealth, Singapore’s largest hospital network group, as well as the rapid and convenient provision of service to existing clients.

“Macrogen will operate Singapore genome center as a strategic position and expand into Southeast Asian genome sequencing and analysis market in earnest,” said Ji-young Moon, the President of Macrogen. “We will gain competitive edge in the Southeast Asian market by promptly responding to local regulations and customer needs and focusing on large-scale genome analysis projects that will be started,” he added.

Macrogen is continuously establishing a “global genome center network” in important overseas bases as a part of global localization strategy to provide quicker and customer-friendly services. In addition to the opened overseas corporation in Singapore, Macrogen has been stably operating the services in the USA (Rockville, Md., New York, Boston) since 2005, Japan (Tokyo, Kyoto) since 2007, the Netherlands (Amsterdam) since 2008, Oceania (Sydney, Australia) since 2013, and Spain since 2017.