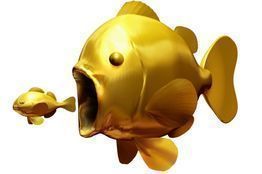 "We will continue to investigate such opportunities as we balance risk and seek complementary skills in our partners," Mr Yonatan Beker, director of corporate reputation at Teva, told The Investor via email on Oct. 14.

Mr Beker said that biosimilars are a key element of Teva's overall strategy going forward and the company is committed to strengthening its biosimilar portfolio, both organically, as well as through partnership and selective investments. "With the Celltrion partnership, we will expand into the upcoming wave of biosimilars of drugs whose original patent expires between 2015 and 2020," he said.

Teva was one of the potential bidders along with other global peers including Roche and AstraZeneca to acquire Celltrion in 2014 when the Korean firm was put on sale. With fruitful income from its blockbuster drug Remisma, Celltrion scrapped plans to sell the firm.

Recently Teva inked a pact with the Korean giant seeking exclusive rights to commercialize the Korean firm's CT-P10, a potential biosimilar for Roche and Biogen's Rituxan, and CT-P6, a copycat of Roche's breast cancer drug Herceptin, in Canada and the US. The deal will help Teva establish a larger footprint in the biosimilar space.

Teva CEO Mr Erez Vigodman in particular has highlighted biosimilars as a key component of the Israeli drugmaker's strategy. But the company has already struck out once in the field: In 2013, one-time biosim partner Lonza backed out of the pair's 2009 agreement after development and marketing costs piled up.