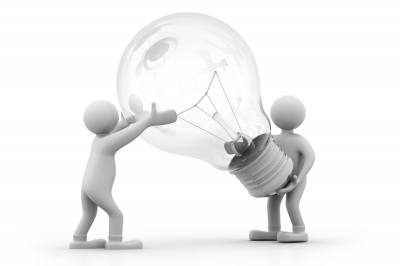 Singapore: South Korea's Hanmi Pharmaceutical has inked a deal with Roche's Genentech (to develop and commercialize Hanmi's pan-RAF inhibitor, Phase 1-stage HM95573. HM95573 is a pan-RAF inhibitor currently in Phase I clinical development. The Phase I trial is being underwritten by the South Korean Ministry of Health and Welfare for $545,843 (US). RAF kinases have three subtypes, A, B and C, and are associated with several different types of cancers. RAF stands for rapidly accelerated fibrosarcoma, and they are retroviral oncogenes that are overexpressed in cancer.

Under the terms of the deal, Hanmi will receive an upfront payment of $80M, milestones up to $830M and tiered double-digit royalties on net sales. "We are pleased to collaborate with Genentech, which has significant expertise in the field of oncology," said Mr Gwan Sun Lee, Hanmi's chief executive officer and president, in a statement. "We are excited about the potential this license agreement with Genentech will bring to the development of HM95573 and the potential benefit this may offer to cancer patients worldwide."

Speaking about the deal, Mr James Sabry, senior vice president and global head of Genentech Partnering said in a statement, "This collaboration demonstrates our commitment to bring the best science in the world to Genentech with the ultimate goal of developing life-changing therapies for people with cancer. We are excited to partner with Hanmi and leverage their scientific insights to develop novel therapies that target the MAPK pathway."

With 28 research projects underway Hanmi is clearly focusing on building a robust product pipeline. The company's main areas of focus are on on novel long-acting biologics based on its Lapscovery platform and combination therapies in diabetes and obesity and on targeted agents against cancer and autoimmune disorders.

The company has had a string of licensing deals valued at $6.42 million recently. Mr Son Jee-woong, the company's chief medical officer, said, "Nearly 15 percent of the company's total sales revenue is reinvested in the company's research and development for the past 15 years. Such a ratio is unseen in any other pharmaceutical company in the world. Despite last year's immense success, the company is still quite small compared to other global drug companies. In order to compete in the global market, Hanmi should further develop core technologies in specialized categories."

Hanmi has also signed pacts with Johnson & Johnson (JNJ)'s Janssen Pharmaceuticals to develop and commercialize oxyntomodulin-based drugs that improve metabolism, insulin secretion and suppress appetite. Under that deal, Janssen has global rights to develop and commercialize HM12525A except in Korea and China. J&J paid an upfront fee of $105 million, and Hanmi could receive up to $810 million in various milestone payments, as well as tiered double-digit royalties.