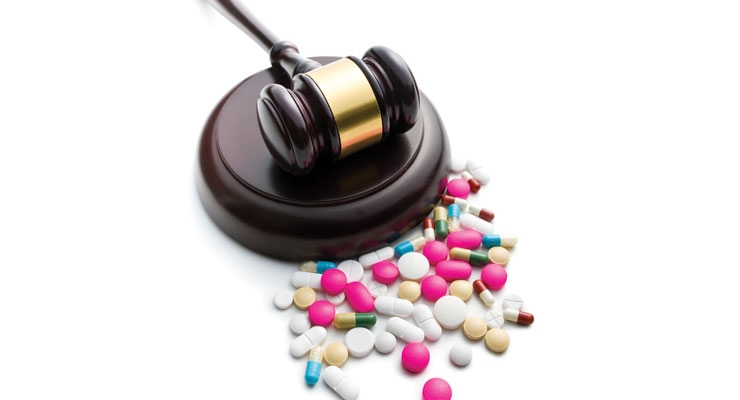 GSK has announced the submission of a Japanese New Drug Application (JNDA) to the Ministry of Health, Labour and Welfare seeking marketing approval for daprodustat, an oral hypoxia-inducible factor prolyl hydroxylase inhibitor (HIF-PHI), for the treatment of patients with renal anaemia due to chronic kidney disease (CKD).

Dr Hal Barron, Chief Scientific Officer and President R&D, GSK said, “Around 3.5 million patients in Japan have anaemia associated with renal disease which can result in weakness and fatigue. We are excited about our first regulatory filing for daprodustat which, if approved, will provide a new and convenient oral treatment option for these patients.”

Anaemia is common in patients with CKD because the kidneys no longer produce adequate amounts of erythropoietin, a hormone involved in prompting the production of red blood cells.1 HIF-PHIs are a new class of drug that trigger the body’s adaptations to hypoxia (i.e. oxygen deprivation) and encourage the bone marrow to make more red blood cells, thereby benefitting patients with renal anaemia.

The JNDA for daprodustat is primarily based on positive data from the phase 3 programme conducted in Japan. The studies evaluated daprodustat for the treatment of anaemia in patients across the spectrum of CKD from stages 3-5. This included patients on dialysis and those not on dialysis, regardless of prior anaemia treatment with erythropoiesis-stimulating agents (ESAs).

Daprodustat is not approved as a treatment for renal anaemia or any other indication anywhere in the world. If approved, daprodustat will be exclusively distributed in Japan by Kyowa Kirin Co., Ltd., following the strategic commercialisation deal announced in 2018. Launch activities, including engagement of healthcare professionals and commercial activities, are expected to be conducted jointly by Kyowa Kirin and GSK.

About the Japan clinical development programme

Daprodustat is an oral hypoxia-inducible factor prolyl hydroxylase inhibitor. Inhibition of oxygen-sensing prolyl hydroxylase enzymes stabilises hypoxia-inducible factors, which can lead to transcription of erythropoietin and other genes involved in the production of red blood cells and iron metabolism, similar to the physiological effects that occur in the body at high altitude.

Daprodustat has been developed to provide an orally-convenient treatment option which avoids the administration challenges and cold storage requirements of injectable ESAs/recombinant human erythropoietin.