Resurgence of swine flu in India 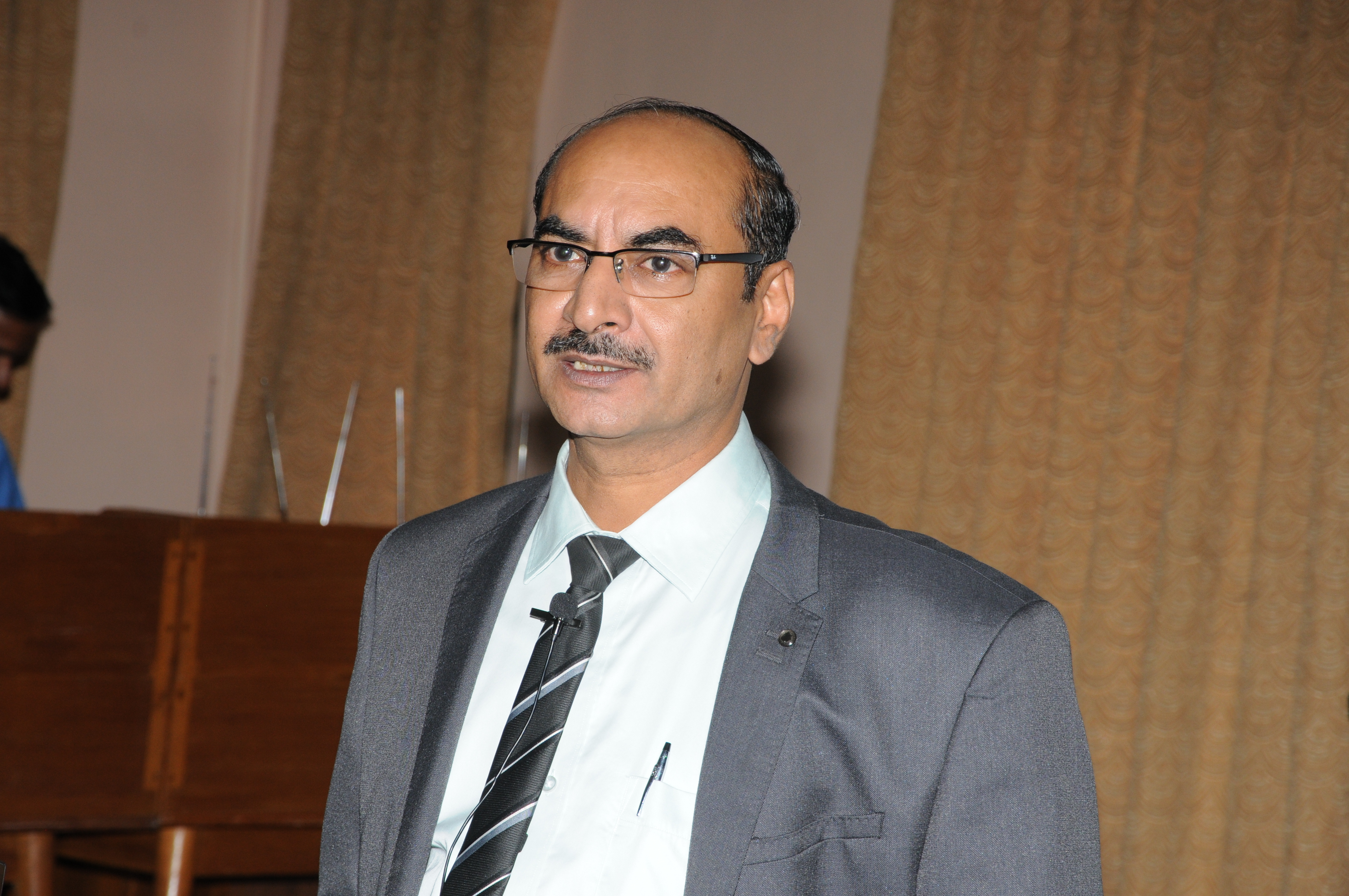 At least 600 people have died and over 12,500 people have been affected by the deadly swine flu outbreak in India as of 28th July, 2017. The rising cases have put the entire nation on red alert, with health officials struggling to contain the virus that is multiplying incessantly in the Indian soil. The panic button has been hit, with the authorities and scientists scrambling to control the rising number of cases and deaths which is far more than in 2016.

As per the government data, Maharashtra alone accounted for almost 50 per cent of all deaths, this year, as it recorded nearly 300 deaths out of the 2,324 cases said a government report. The country has registered 12,460 swine-flu cases so far this year as compared to 1,786 cases reported last year. So far, Gujarat recorded 75 deaths out of 289 infections, while in Kerala 63 out of 1,127 people succumbed to H1N1 complications. In Rajasthan, 59 persons died out of 407 reported cases. Karanataka had 15 deaths out of 2,377 cases, while Telangana and Tamil Nadu registered 17 and 15 deaths out of 1,443 and 2,896 cases, respectively.

Along with the other states, the country’s national capital Delhi is also struggling under the clutches of the virus. As many as 320 cases of the H1N1 virus have been reported from the national capital with two deaths. Health authorities have found that delays in diagnosis and treatment have been the major factor leading to deaths.

Though, seasonal influenza may affect all age groups; globally incidence is higher in young children and those above 65 years. However, this year, experts are alarmed at the steep rise in the number of swine flu cases among young adults - about 40% of the deaths and 50% of the infections are among people in the 20-50 years age group, with no co-morbid conditions.

Symptoms include – fever, cough sore throat, stuffy or runny nose, body aches, headache, chills, etc. Treatment is mainly symptomatic. The virus transmits from humans to humans through saliva and mucus particles – sneezing, coughing, touching a germ-covered surface and then touching their nose or eyes. Some of the proposed preventive measures for the disease include covering the mouth while sneezing and avoiding direct or indirect contact with people showing symptoms of seasonal influenza. A blood test for the H1N1 virus needs to be immediately done if one suffers from flu for more than three days.
Health workers and persons with comorbid conditions (such as lung disease, heart disease, liver disease, kidney disease, blood disorders, Diabetes) and immuno-compromised persons are at higher risk. Influenza may have an aggressive course in extremes of age and in co-morbid conditions.

H1N1 outbreak had occurred in India during the 2009 Swine flu pandemic. Since then India has seen steep rise in cases of swine flu every year. Surge in cases are seen generally during winter when the temperature is conducive for the virus to thrive and multiply. But this year, the onset is much earlier. The death toll in Maharashtra so far this year is higher than the number of deaths from H1N1 in the whole country in 2016.

Speaking to BioSpectrum Magazine, Dr DT Mourya, director, National Instiutute of Virology, said that the sudden surge in the cases could be due to the mutation in the virus.“The pandemic stain is no longer referred as “swine flu”, its correct nomenclature is A(H1N1)pdm09 virus. Since 2009 A(H1N1)pdm09 virus was antigenically similar to A/California/07/2009 which was recommended vaccine component from 2009 to 2016. In 2016 virus evolved from A/California/07/2009 to A/Michigan/45/2015 due to an accumulation of point mutations. This is the currently globally circulating virus as well as in India and may be one of the reason for increased influenza activity. Therefore evolved virus has resulted in increase in susceptible population, which may be reason for spurt of influenza cases in India.”

A central rapid response team was deployed in Maharashtra to investigate the rising trend of influenza in the state and to provide required assistance which is resulting in reduced mortality currently. To ensure wider availability and accessibility of Oseltamivir, the drug for treatment of influenza, has been put in schedule H1 on June 22, which means they can be sold by all licensed chemists against prescription. Earlier, they belonged to Schedule X category, wherein only certain selected pharmacies were authorized to stock and sell the medicine.

“Twelve laboratories under Integrated Disease Surveillance Program (IDSP) and 30 laboratories under the Indian Council of Medical Research (ICMR) are providing diagnostic services for detection of the influenza virus to states,” said, health Minister JP Nadda while speaking to a leading daily. “The Ministry of Health and Family Welfare has procured laboratory diagnostics (to test 20,000 samples) for the labs in the IDSP and ICMR networks.”

“How hard H1N1 strikes is in many cases a function of awareness and preparedness. So, Delhi has reported 241 cases but only four deaths, while Gujarat has seen 289 cases and 75 deaths. It is also a function of living conditions — the more people are exposed to crowded places or unhygienic living conditions, more are they likely to contract the infection,” he added.
An advisory has also been issued by the state health department following a rise in the swine flu cases in other parts of the country. The advisory instructs all hospitals to take immediate action when a patient is suspected of being infected with swine flu.

To control the vector-borne diseases, the Delhi Government announced plans to launch an awareness campaign with the help of resident welfare association (RWA) to tackle the spread of vector borne diseases. In Maharashtra, members of the Indian Medical Association (IMA) Mumbai discussed the cause and preventive measures of swine flu with the health minister. It was also decided that the IMA would go ahead with a joint venture with government of Maharashtra and BMC to tackle the threat posed by these disease.

Dr Mourya said, “ICMR has developed viral diagnostic Laboratory network (28 labs) to cater for timely diagnosis of A(H1N1)pdm09. Supply of reagents, training and equipments ere provided by ICMR. This aims at early detection of disease for clinical management and public health measurer so as to arrest spread of disease.”

The best way to prevent swine flu is to get a yearly flu vaccination, although no vaccine provides 100% protection. In its guidelines, the Ministry of Health and Family Welfare, mentioned, “Influenza vaccination is most effective when circulating viruses are well-matched with vaccine viruses. Even with appropriate matching, efficacy of vaccine may be about 70% to 80%. In case the locally circulating virus is different from vaccine virus recommended by WHO, it may be partially effective or not be effective at all. Hence, vaccine should not give a false sense of security. Considering the risk perspective, the modalities of infection prevention and control practices like personal hygiene, frequent washing of hands, respiratory etiquettes and airborne precautions (in hospital settings or domiciliary care settings) should be strictly adhered to.”

Because swine flu is very contagious, people at high risk groups are recommended to take a shot, especially, if suffering from illnesses such as asthma, heart disease, diabetes, hypertension, on immunosuppressants, cancer treatment, etc. Health-care facilities (HCF) face the challenge of providing care for patients infected with the virus. It is critical that health-care workers (HCW), patients, and visitors follow the appropriate infection control (IC) precautions in order to minimize the possibility of transmission associated with health care.