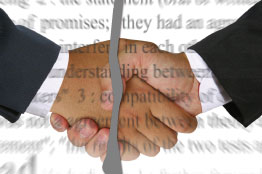 Singapore: Australian company Bionomics and Merck Serono, a division of Merck, Darmstadt Germany, have mutually ended their agreement to jointly develop new treatments for MS and other autoimmune candidates based on compounds from Bionomics' Kv1.3 program.

Bionomics retains sole worldwide rights to develop and commercialize compounds jointly discovered with Merck Serono and intends to accelerate the MS program. It will also pursue a broader range of commercial opportunities for the Kv1.3 program.

CEO and Managing Director of Bionomics Dr Deborah Rathjen said, "We are taking the opportunity to accelerate the program and to add new Kv1.3 applications, including rheumatoid arthritis, psoriasis and uveitis; in addition to MS."

"The collaboration identified orally active compounds over which Bionomics retains sole commercialization rights. Bionomics believes that these compounds offer potential for new treatments in a range of inflammatory diseases and that they present compelling commercial opportunities. The global immunomodulators market size was estimated at $46.8 billion in 2010."

She added that there is considerable commercial interest in Kv1.3 as a target and Bionomics will take advantage of this interest in executing a broader partnership strategy for the program.

Bionomics' program targets Kv1.3, which is a key modulator of the immune system and a target found on human immune cells associated with nerve cell damage in patients with MS. Inhibitors of Kv1.3 have been shown to inhibit the proliferation of these immune cells, suggesting they have application in the treatment of MS and potentially other autoimmune conditions such as arthritis and psoriasis.

Rheumatoid arthritis is an autoimmune disease affecting the joints that occurs in approximately 1 percent of the global population. The prevalence of the disease in the US is forecast to grow to 1.5 million people in 2016. It is twice as common in women as in men. The global rheumatoid arthritis market was estimated at $9 billion in 2009 and is forecast to grow by 6 percent annually to reach $14.3 billion by 2017.

Psoriasis is a chronic, recurring disease that causes the development of raised, reddened lesions on the skin and is estimated to affect 1-3 percent of the global population. Psoriasis can occur at any age and 20-30% of patients develop psoriatic arthritis. Treatments for psoriasis are one of the fastest growing segments in the global dermatology market and account for about 18 percent of the market. The psoriasis market was estimated at $3.4 billion in 2009 and is estimated to grow to $6.8 billion in 2019.