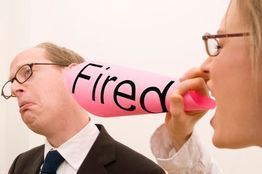 Singapore: Luminex entered a restructuring plan focused on its assay and related products (ARP) segment's newborn screening group and has decided to shut down its Brisbane office in Australia in accordance to its plans. The company also anticipates that it will reduce its workforce by approximately five percent.

This plan has been put in place to reduce expenses and better align the company's resources with its focused growth initiatives. As part of the restructuring, the firm will make additional investments in R&D and commercial operations to support the development of its next generation molecular diagnostics products and the sales and marketing of these products. The company expects the changes, when completed, to result in annualized operating cost savings of approximately $5-to-$6 million.

The firm reaffirms its 2013 annual revenue guidance of between $220 and $230 million. As previously stated in our second quarter earnings call, we expect a challenging reimbursement environment near-term for select molecular diagnostic tests that could weigh on overall corporate performance and have cautioned investors toward the lower end of this revenue range.

Mr Patrick J Balthrop, president and CEO, Luminex, said that, "On an ongoing basis, we review our strategic priorities, market position and allocation of resources. These changes reflect an increased focus on our growth initiatives and our ongoing strong commitment to a leadership position in molecular diagnostics and our partnership franchises. While we never take decisions that affect the composition of our workforce lightly, we strongly believe that this reallocation of resources and related adjustments will make our company stronger and deliver value to our shareholders in the short term and the long term."