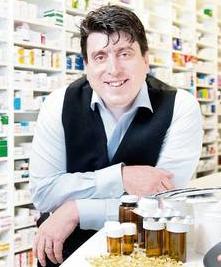 Horizon managing director Aiden Corcoran said many counterfeiters had access to the same high-tech equipment as authentic manufacturers, making it difficult to differentiate between fake and genuine medicines

Singapore: Horizon, an Irish engineerng consultancy firm, has completed testing of its new tracking system that aims at eliminating the use of counterfeit drugs.

Leading the battle against fake drugs that enter the legal distribution systems in the health sector worldwide, Horizon has developed the track-and-trace or serialization system. As per the company's estimates, counterfeit medicines with an estimated value of $14.73 million are stopped at EU borders each year.

The Dublin and Mayo-based company has completed three successful tests in pharmaceutical companies based in Ireland, Belgium and the US.

"Many counterfeiters have access to the same high-tech equipment as authentic manufacturers, making it difficult to differentiate between fake and genuine medicines," explained Horizon managing director Mr Aiden Corcoran.

He further added that fake versions of Roche's cancer drug Avastin have infiltrated the US pharmaceutical supply chain over the past year, prompting warnings from the US Food and Drug Administration to doctors to avoid certain distributors of the drug.

"With serialisation, a unique identifier, like a passport or fingerprint, can be allocated to an individual product, monitoring its journey from production right to the customer," he said.