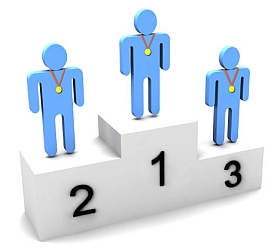 Singapore: GE Healthcare Life Sciences has chosen Ms Jane Stout (from the US), Ms Anushree Balachandran (from Australia) and Mr Markus Posch (from the UK) as winners of the GE Healthcare 2012 Cell Imaging Competition. The winners were chosen based on 15,000 votes cast by public. The cellular images of the prize-winners will be displayed in Times Square, New York, US, on NBC Universal's HD screen at a special event on April 19-21, 2013.

Ms Stout, who is from the School of Medicine, Indiana University, US, won the first place in Microscopy category for her image (focusing on Cancer) on 'metaphase epithelial cell stained for microtubules (red), kinetochores (green) and DNA (blue)'.

Mr Posch, who is from the Center for Gene Regulation and Expression, University of Dundee, UK, was the Regional Winner in Microscopy category for his image (focusing on Cancer) on 'prometaphase human cervical carcinoma (HeLa) cell with GFP-histone labeled chromosomes (blue) stained for tubulin (yellow)'.

Now in its sixth year, GE Healthcare's annual competition showcases the beauty of cells and the inspiring research conducted by cellular biologists around the world. In 2012, for the first time, there were two categories for submission, including high-content analysis and microscopy.

The competition attracted over 100 entries from researchers, who are investigating at the cellular level conditions such as cancer, HIV, and neurodegenerative disease. An expert scientific panel of five judges shortlisted the finalists for each category, which then went forward to the public vote.

Dr Eric Roman, GM, research and applied markets, GE Healthcare Life Sciences, said: "This year's winning images are as beautiful and compelling as ever. Not only can they be appreciated from an aesthetic point of view, but they remind us of the cellular complexity behind disease and why the study of cells is so important. We thank all the contestants for sending us their images, the judging panel and everyone who cast a vote."