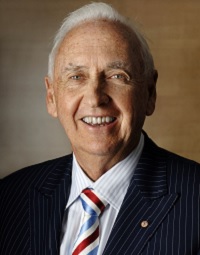 Singapore: The founder of Ramsay Health Care, Mr Paul Ramsay breathed his last and even during his last moments left more than $3 billion to the foundation bearing his name.

The 78-year-old, Mr Ramsay is said to have passed away in his home town of Bowral in NSW after suffering a heart attack.

In a press statement, Ramsay Health Care said, "He will be greatly missed by his family, friends, colleagues, staff and doctors and anyone that knew him, throughout the world."

Single with no children, Mr Ramsay has left the bulk of his estate, including $3.27 billion in company shares, to the Paul Ramsay Foundation. The foundation donates to many charities and supports several medical and health research groups.

Mr Ramsay started Ramsay Health Care in 1964 when he purchased a guest house on Sydney's north shore and converted it into a psychiatric hospital.