The system consists of strain gauges attached to the fingernail and a small computer that samples strain values, collects accelerometer data and communicates with a smart watch. 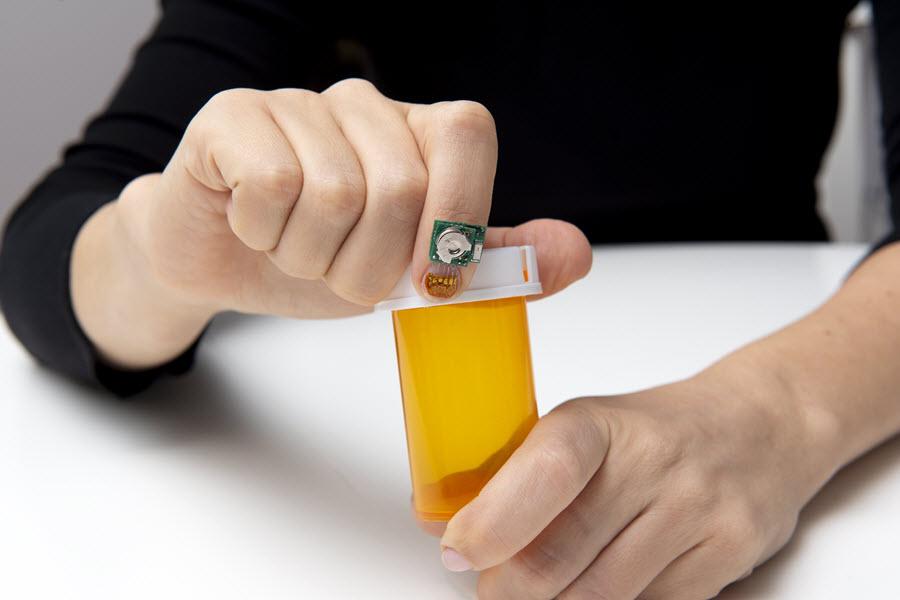 One method to measure a disease’s progression is to attach skin-based sensors to capture things like motion, the health of muscles and nerve cells, or changes in sweat gland activity, which can reflect the intensity of a person’s emotional state. But with older patients, such skin-based sensors can often cause problems, including infection.

This is where the potential of a fingernail sensor comes into play. We interact with objects throughout the day using our hands, such as the tactile sensing of pressure, temperature, surface textures and more. IBM team realized it might be possible to derive interesting signals from how the fingernail bends throughout the course of a day, as we use our fingers to interact with our environment, and tap into the power of AI and machine learning to analyze and derive valuable insights from that data.

One of the functions of human fingernails is to focus the finger-tip pulp on the object being manipulated. It turns out that our fingernails deform – bend and move -- in stereotypic ways when we use them for gripping, grasping, and even flexing and extending our fingers. This deformation is usually on the order of single digit microns and not visible to the naked eye. However, it can easily detect with strain gauge sensors. For context, a typical human hair is between 50 and 100 microns across and a red blood cell is usually less than 10 microns across.

Since nails are so tough, researchers decided to glue a sensor system to a fingernail without worrying about any of the issues associated with attaching to skin. Their dynamometer experiments demonstrated they could extract a consistent enough signal from the nail to give good grip force prediction in a variety of grip types.

Researchers also found it is possible to deconvolve subtle finger movements from nail deformation. They were able to differentiate typical daily activities which all involve pronation and supination such as turning a key, opening a doorknob or using a screwdriver. An even more subtle activity is finger writing, and they trained a neural network to produce a very good accuracy at detecting digits written by a finger wearing the sensor.

The system consists of strain gauges attached to the fingernail and a small computer that samples strain values, collects accelerometer data and communicates with a smart watch. The watch also runs machine learning models to rate bradykinesia, tremor, and dyskinesia which are all symptoms of Parkinson's disease.

By pushing computation to the end of our fingers researchers have found a new use for our nails by detecting and characterizing their subtle movements. With the sensor, we can derive health state insights and enable a new type of user interface. This work has also served as the inspiration for a new device modeled on the structure of the fingertip that could one day help quadriplegics communicate.