The Singapore Chinese Health Study has shown that both moderate-to-large weight gain and weight loss in mid-life and old age were associated with increased risk of all-cause mortality, and particularly for cardiovascular disease mortality. 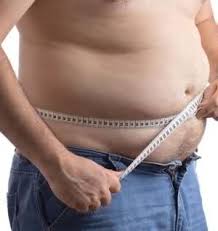 Singapore – Both moderate-to-large weight gain and weight loss, defined as a change of 10% or more in weight, among middle-aged and elderly Chinese Singaporeans are linked to increased risk of death, particularly from cardiovascular disease, and between them, weight loss was associated with higher risk than weight gain. Furthermore, excessive weight loss increased risk among participants who were overweight or obese to start with, and excessive weight gain might increase risk even among participants with low or normal body mass index at baseline.

Nested in the Singapore Chinese Health Study, the researchers used data from 36,338 middle aged and elderly participants who were able to report weight and height during interviews at both recruitment (1993-1998) and follow-up (1999-2004) surveys, and who had no history of cancer or cardiovascular disease. Weight change was computed as the difference between weights at baseline and the follow-up surveys, after an average of 6 years, and classified as moderate-to large weight loss (≥10%), small weight loss (5.1-9.9%), stable weight (±5%), small weight gain (5.1-9.9%) and moderate-to-large weight gain (≥10%). The participants were followed for mortality through linkage with the Singapore Birth and Death Registry.

“This first study on a large population-based cohort of Singaporean Chinese aligns with findings from similar studies conducted among European, Japanese and Korean populations,” stated Prof Koh Woon Puay, Principal Investigator of the Singapore Chinese Health Study, and Professor at Duke-NUS Medical School and Saw Swee Hock School of Public Health. “The findings suggest that moderate-to-large weight change in mid-life and older age should be monitored closely by health practitioners, and weight loss, especially, should be considered critically in elderly individuals as it may be related to loss of muscle mass, frailty and poor control of chronic diseases.”

The researchers urge caution in the interpretation of the study results, highlighting that information regarding whether the weight loss was intentional and if the weight loss was due to loss of fat or lean mass was not examined in this study. Nevertheless, findings from this Singapore study and studies in other populations suggest that it is prudent to maintain stability in body weight within the non-obese range for middle-aged and elderly populations to reduce risk of mortality.

“The observational nature of our study means we cannot generalise our findings to potential interventions at this point,” said Prof Koh. “Further studies are needed to understand the mechanisms underlying the association between weight change and mortality.”

At a recent conference on ageing, longevity and health, co-organised by Duke-NUS’ Centre for Ageing Research and Education (CARE), Prof Koh presented similar findings on weight change and cognitive impairment within the same study population.

Commenting on Prof Koh’s study, Assoc Prof Angelique Chan, Executive Director of CARE, noted, “Singapore is among the world’s fastest ageing societies, therefore it is critical to build on studies such as these so the government can develop appropriate policies and programmes to guide future health outcomes.”

CARE is an academic research centre based in Duke-NUS Medical School that spearheads educational programmes to build competencies on ageing among research, policy and programme professionals, and actively engages with government and industry partners to meet the needs of population ageing.