Stem cells from fat outperform those from bone marrow 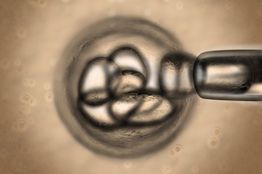 Singapore: Researchers at the Department of Immunohematology and Blood Transfusion, Leiden University Medical Center, The Netherlands, have discovered that stem cells harvested from fat (adipose) are more potent than those collected from bone marrow in helping to modulate the body's immune system. The research, which was led by led by Dr Helene Roelofs, has been published in in the current issue of Stem Cells Translational Medicine.

For the study, the team used stem cells collected from the bone marrow and fat tissue of age-matched donors. They compared the cells' ability to regulate the immune system in vitro and found that the two performed similarly, although it took a smaller dose for the adipose tissue-derived stem cells (AT-SCs) to achieve the same effect on the immune cells. When it came to secreting cytokines, the cell signaling molecules that regulate the immune system, the AT-SCs also outperformed the bone marrow-derived cells.

The finding could have significant implications in developing new stem-cell-based therapies, as AT-SCs are far more plentiful in the body than those found in bone marrow and can be collected from waste material from liposuction procedures.

Dr Roelofs said that, "Adipose tissue is an interesting alternative since it contains approximately a 500-fold higher frequency of stem cells and tissue collection is simple. Moreover, 400,000 liposuctions a year are performed in the U.S. alone, where the aspirated adipose tissue is regarded as waste and could be collected without any additional burden or risk for the donor. This all adds up to make AT-SC a good alternative to bone marrow stem cells for developing new therapies."

Dr Anthony Atala, editor, Stem Cells Translational Medicine, and director, Wake Forest Institute for Regenerative Medicine, US, said that, "Cells from bone marrow and from fat were equivalent in terms of their potential to differentiate into multiple cell types. The fact that the cells from fat tissue seem to be more potent at suppressing the immune system suggest their promise in clinical therapies."