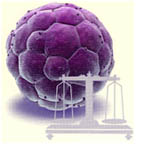 Singapore: Seung-Jo Yang, a South Korean member of Parliament, has prepared a bill proposing new laws for the management and transplantation of stem cells. On September 17, the National Health and Welfare Committee referred the bill to the conference for review.

The previous 18th National Assembly proposed a similar stem cell bill when much of its term had already passed so it was not fully discussed until the period ended, disappointing many patients with rare diseases. The bill was referred to the 19th National Assembly, though, which shows the willingness of South Korean leaders to meet the expectations that this new law will be passed coming from the medical community and patient groups throughout South Korea.

Dr Jeong-Chan Ra, president of RNL BIO's stem cell technology institute, said that, "This effort for a new stem cell bill will advance the use and sophistication of autologous adult stem cell technology as a powerful solution for overcoming incurable diseases." Dr Ra, whose pioneering efforts in Korean stem cell research are known worldwide, is equally known in Korea as an ardent advocate for governmental investment in regenerative medicine. Perhaps no scientist has pushed harder for rigorous standards for stem cell banking, which this proposal may at last bring to fruition.

In South Korea stem cell banks have not been operated under a specific legal structure, so development and progress has been limited. The proposed law suggests that the harvesting and preservation of stem cells must be controlled by national regulation, specifically a management system for stem cell harvesting, storage and implantation. Through this, stem cell experts expect growth in responsible stem cell research and faster, even safer development of therapeutics.

Additionally, the current Korean policy requires stem cell programs to complete clinical trial phase III for market approval, regardless of whether there are available therapies for patients with any particular condition. Had such rules been in place, for example, for the treatment of HIV, tens of thousands of people would not have died.

Many treatments for those with incurable diseases have been approved without completion of phase III including stem cell treatments in other nations, even for the treatment of HIV, which stem cells have now cured. The bill under consideration proposes that physicians can use their own stem cells to treat conditions under their discretion if those stem cells are properly expanded, managed, handled and provided to clinicians for them at or above the proposed standards, which is the best news patients with incurable diseases for which no existing cure is available by current medicine have had in a long time.

When the bill is passed, high standards will be established and the better methods will immediately be made obvious to both government and patients. Through this the stem cell community expects a leap in industrial growth, and a leap in the ethical adherence of physicians to do no harm to patients and to provide remedies where possible for the aid of their patients.

The Korean medical community also expects not only to see an influx of domestic patients but also many patients from other nations that lack standards for the growth of patients' own stem cells. South Korea, many economists predict, could become the Mecca for stem cell therapeutics.