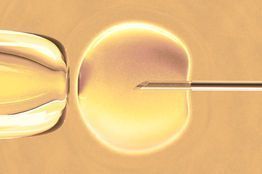 Singapore: Genea Stem Cells (GSC), a supplier and developer of disease-specific human stem cells, announced that 25 of its disease specific embryonic pluripotent stem cell lines have been placed on the US National Institutes of Health (NIH) human stem cell registry. These embryonic stem cell lines are now all available commercially for use in medical research.

These cell lines include one disease free pluripotent cell line and 24 others with individual mutations that give rise to several severe diseases such as cancer (breast cancer, Wilm's tumor and Von Hippel-Lindau syndrome), Huntington's disease, muscular dystrophy (including CMT, FSHD and Myotonic) and cystic fibrosis as well as some rarer genetic diseases such as Trisomy 5, macular dystrophy, incontinentia pigmenti, juvenile retinoschisis, alpha thalassemia and autosomal dominant torsion dystonia. All these cell lines are genetically unmodified and have been derived in compliance with international regulatory and ethical guidelines.

Dr Uli Schmidt, general manager of GSC, commented, "It is a tribute to all the hard work and diligence of our scientists in Sydney that so many of our lines have been accepted by the NIH. We believe that this year will see substantial commercial take up of these perfect in vitro research tools."