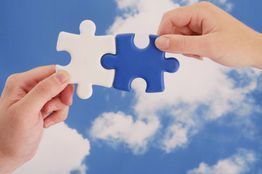 Singapore: Cell Therapy Limited (CTL), which is based in Cardiff, UK, entered into a joint venture (JV) agreement with Chinese firm Zhongyuan Union Stem Cell Bio-engineering to develop stem cell therapies in order to combat life-threatening ailments such as heart disease and diabetes.

The new deal will see the two firms form JV in multiple cities across China and developing large operational hubs near Shanghai and Beijing. The JV will also see the two firms share half of the revenues generated in China and will provide first option to all of Zhongyuan Union's products outside China.

Mr Reginald, while speaking about the JV, said that, "CTL was founded to develop life-saving and life-changing medicines. This partnership is very focused and enables CTL to accelerate development of treatments for heart disease and diabetes while accessing the growing China market. "We thank and congratulate our small but talented team and generous supporters, this partnership recognizes their exceptional work and dedication."