Taiwan firm NCE to get priority review in China 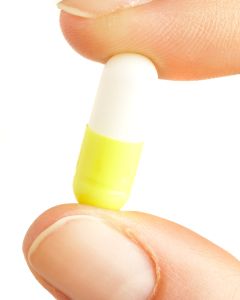 The Green Path program is meant for an accelerated approval process for innovative new drugs. Taiwanese media reported that this reflects the importance placed on the drug by the Chinese government. To qualify for this program, the NCE has to be innovative or should target rare disease treatment for which there is no current alternative. Such as drug gets priority review from the SFDA and is granted preferential pricing.

TLC's phase I and II clinical trial results of Lipotecan had demonstrated significant therapeutic effectiveness on patients with hepatocellular carcinoma (HCC) or liver cancer. According to estimates, there are 370,000 liver cancer patients in China, with 340,000 new cases diagnosed every year. Since it is considered a rare disease in the US and Europe, HCC falls in the category of serious unmet medical need in Chinese population. This approval will allow TLC to start phase II clinical trial in China towards the later part of 2013. (Read an interview with Mr George Yeh, president of Taiwan Liposome Company)

Lipotecan was granted Orphan Drug Designation in 2010 for the treatment of hepatocellular carcinoma (HCC) by both the European Commission and US FDA, entitling the NCE a market exclusivity of ten and seven years in EU and US, respectively upon drug approval. In addition to HCC, TLC is also conducting phase II clinical trial on renal cell carcinoma (RCC) for further market expansion possibility.