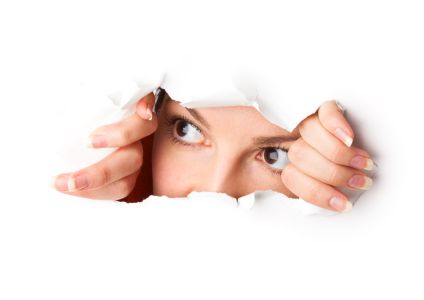 Autism spectrum disorders are complex disorders defined by abnormalities in the development of language, social and repetitive behaviors

Singapore: Autism results from abnormal cell communication. Testing a new theory, researchers at the University of California, San Diego School of Medicine, have used a newly discovered function of an old drug to restore cell communications in a mouse model of autism, reversing symptoms of the devastating disorder.

"Our (cell danger) theory suggests that autism happens because cells get stuck in a defensive metabolic mode and fail to talk to each other normally, which can interfere with brain development and function," said Dr Robert Naviaux, professor of medicine and co-director of the Mitochondrial and Metabolic Disease Center at UC San Diego. "We used a class of drugs that has been around for almost a century to treat other diseases to block the 'danger' signal in a mouse model, allowing cells to return to normal metabolism and restore cell communication."

"Of course, correcting abnormalities in a mouse is a long way from a cure for humans," said Dr Naviaux, "but we are encouraged enough to test this approach in a small clinical trial of children with autism spectrum disorder in the coming year. This trial is still in the early stages of development. We think this approach - called antipurinergic therapy or APT - offers a fresh and exciting new path that could lead to development of a new class of drugs to treat autism."

Autism spectrum disorders are complex disorders defined by abnormalities in the development of language, social and repetitive behaviors. Hundreds of different genetic and environment factors are known to confer risk. In this study, nearly a dozen UC San Diego scientists from different disciplines collaborated to find a unifying mechanism that explains autism. Their work is the result of one of just three international "Trailblazer" awards given by the group Autism Speaks in 2011.

Describing a completely new theory for the origin and treatment of autism using APT, Naviaux and colleagues introduce the concept that a large majority of both genetic and environmental causes for autism act by producing a sustained cell danger response - the metabolic state underlying innate immunity and inflammation.

"When cells are exposed to classical forms of dangers, such as a virus, infection or toxic environmental substance, a defense mechanism is activated," Naviaux explained. "This results in changes to metabolism and gene expression, and reduces the communication between neighboring cells. Simply put, when cells stop talking to each other, children stop talking."

Since mitochondria â€“ the 'power plants' of the cell â€“ play a central role in both infectious and non-infectious cellular stress, innate immunity and inflammation, Naviaux and colleagues searched for a signaling system in the body that was both linked to mitochondria and critical for innate immunity. They found it in extracellular nucleotides like adenosine triphosphate (ATP) and other mitokines - signaling molecules made by distressed mitochondria. These mitokines have separate metabolic functions outside of the cell where they bind to and regulate receptors present on every cell of the body. Fifteen types of purinergic receptors are known to be stimulated by these extracellular nucleotides, and the receptors are known to control a broad range of biological characteristics with relevance to autism.

The researchers tested suramin, a well-known inhibitor of purinergic signaling used medically for the treatment of African sleeping sickness since shortly after it was synthesized in 1916 - in mice. They found that this APT mediator corrected autism-like symptoms in the animal model, even if the treatment was started well after the onset of symptoms. The drug restored 17 types of multi-symptom abnormalities including normalizing brain synapse structure, cell-to-cell signaling, social behavior, motor coordination and normalizing mitochondrial metabolism.

"The striking effectiveness shown in this study using APT to 'reprogram' the cell danger response and reduce inflammation showcases an opportunity to develop a completely new class of anti-inflammatory drugs to treat autism and several other disorders," Naviaux said.