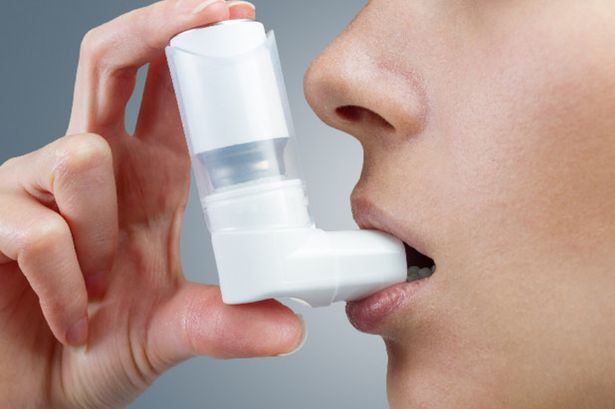 Pharma company, GlaxoSmithKline and Innoviva has announced the filing of a supplemental New Drug Application (sNDA) with the US Food and Drug Administration (FDA) for the use of Trelegy Ellipta (fluticasone furoate/umeclidinium/vilanterol, ‘FF/UMEC/VI’) for an expanded indication for the maintenance treatment of airflow obstruction and reduction of exacerbations in patients with chronic obstructive pulmonary disease (COPD).

COPD is a progressive lung disease that is thought to affect around 384 million people worldwide. For people living with COPD, the inability to breathe normally can consume their daily lives and make simple activities, like walking up stairs, an everyday struggle. Patients with COPD suffer from symptoms of breathlessness and many have a significant risk of exacerbations, managing these aspects of the disease drives physician treatment choice.

The regulatory submission is based on the positive results of the landmark 10,355-patient InforMing the PAthway of COPD Treatment (IMPACT) study. IMPACT evaluated the annual rate of on-treatment moderate/severe exacerbations for FF/UMEC/VI (100/62.5/25mcg) compared with FF/VI and UMEC/VI, two once-daily dual COPD therapies from GSK’s existing portfolio. Headline results were announced earlier this year and full data will be presented in peer-reviewed publications and future scientific meetings.

Approval of this sNDA means FF/UMEC/VI could be used by physicians to treat a wider population of patients with COPD who are at risk of an exacerbation and require triple therapy.

FF/UMEC/VI is the first treatment to provide a combination of three molecules in a single inhaler that only needs to be taken once a day. It contains an inhaled corticosteroid, a long-acting muscarinic antagonist and a long-acting beta2-adrenergic agonist, delivered once daily in GSK’s Ellipta dry powder inhaler, which is used across the entire new portfolio of inhaled COPD medicines.

Trelegy Ellipta (FF/UMEC/VI) is the first single inhaler triple therapy approved in the US for the long-term, once-daily, maintenance treatment of patients with COPD, including chronic bronchitis and/or emphysema, who are on a fixed-dose combination of fluticasone furoate and vilanterol for airflow obstruction and reducing exacerbations in whom additional treatment of airflow obstruction is desired or for patients who are already receiving umeclidinium and a fixed-dose combination of fluticasone furoate and vilanterol. It is not indicated for relief of acute bronchospasm or the treatment of asthma.

Patrick Vallance, President, R&D, GSK said, “Data from GSK’s landmark IMPACT study provide important information on the efficacy and safety of these molecules combined in a single inhaler and the benefit they can bring to appropriate patients when delivered as a triple combination therapy. We have moved swiftly to file these data with the FDA.”

In the IMPACT study FF/UMEC/VI showed superiority to the dual combination therapies (FF/VI and UMEC/VI) on multiple endpoints, including exacerbation rates, lung function and health related quality of life. This builds on substantial evidence from across multiple clinical programmes that has demonstrated the benefit of the molecules in FF/UMEC/VI both alone and in combination, for the treatment of COPD.

Michael Aguiar, CEO of Innoviva added: “Trelegy Ellipta adds to the portfolio of Ellipta inhaled therapies, which has been developed because patients have different treatment needs. We believe the IMPACT data will provide clarity to physicians on how to treat patients based on their symptoms and risk profile and that Trelegy Ellipta will play an important role in treating patients who remain symptomatic and at risk of an exacerbation despite current therapy.”