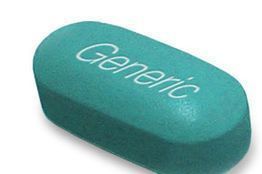 Singapore: Ranbaxy Laboratories, which is already reeling under several regulatory rebukes owing to quality apprehensions, recalled more than 64,000 bottles containing tablets of atorvastatin calcium. The drug, which is a generic of Lipitor, is used to lower cholesterol in the US.

Ranbaxy recalled, the generic version of Pfizer's cholesterol fighter Lipitor, after a pharmacist found a 20 milligram tablet in a sealed bottle marked for 10 milligram tablets, revealed the US FDA.

The FDA declared the recall of Lipitor generic by Ranbaxy as Class II, which signifies a remote chance of severe adverse consequences or death due to the product flaw. This, however, is not the first time the company has recalled the drug.

Ranbaxy, in which majority stake is owned by Japan's Daiichi Sankyo, confirmed the recall of select batches of the drug, but said the company had not received any product complaints.

The recall is the latest in a series of problems to hit Ranbaxy, which has had all its India factories stopped from sending drugs and ingredients to the United States, its biggest market. Indian generic drugmakers such as Ranbaxy, Wockhardt and Dr Reddy's Laboratories produce nearly 40 percent of generic drugs and over-the-counter products and 10 percent of finished dosages used in the US.