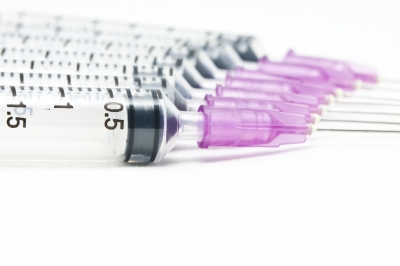 Singapore: Emphasizing on the immediate need to reduce medical equipment imports in India, a report released by the Federation of Indian Chambers of Commerce and Industry (FICCI), pointed out that about 75 percent of the medical devices in the country are imported.

The report titled 'Universal Health Cover for India 2013' stressed that there is a need to focus on indigenous healthcare technology to make procedures and services affordable for all.

"About 75 percent of the medical devices in India are imported, so there is a need to promote indigenous medical technology in low-resource settings to drive down the cost of healthcare," the report said.

Prepared in collaboration with Ernst and Young, the report further highlighted the need to look after reimbursement mechanisms of the government.

"The government of India does not provide enough funds to support local innovation. Our government has not been able to take cognizance of the situation like in China and Brazil," Mr G S K. Velu, co-chair of FICCI health services committee said in the media statement.

Further, Mr Murli Nair from Ernst and Young added, "When we talk about the reimbursement rates, there is a need for the government to focus on patients' safety and award incentive models for hospitals that work to provide good healthcare services."

The report has further led to discussion on the need for bringing public-private partnership into play, to achieve universal healthcare. "The number of people covered under the different government-sponsored healthcare schemes has increased from 37 million (in 2004) to 243 million (in 2010), and is expected to cross 500 million by 2015, which requires that the government has to spend $36.66 billion. For that, it requires to buy healthcare services from private health care," the report said.

"If the government relaxes the visa fee and makes away with the police verification procedure for people coming to India for health services, then this industry will be one of the largest revenue-generating sectors," said FICCI health services committee Chairman Sangita Reddy.