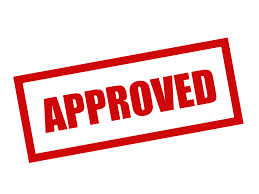 Vertex Pharmaceuticals Incorporated has announced that the U.S. Food and Drug Administration (FDA) approved SYMDEKO (tezacaftor/ivacaftor and ivacaftor) for use in children with cystic fibrosis ages 6 through 11 years who have two copies of the F508del-CFTR mutation or who have at least one mutation in the cystic fibrosis transmembrane conductance regulator (CFTR) gene that is responsive to SYMDEKO. It was previously approved by the FDA for use in patients with cystic fibrosis 12 years and older with two copies of the F508del mutation or one copy of a responsive mutation in the U.S. An additional dosage strength of SYMDEKO tablets is now available (tezacaftor 50 mg/ivacaftor 75 mg and ivacaftor 75 mg) in connection with this approval.

“Today’s expanded approval of SYMDEKO in children ages 6 through 11 is an important step in our efforts to continue to bring treatment options to the youngest patients possible and importantly brings us closer to our goal of developing medicines for all people living with CF,” said Reshma Kewalramani, M.D., Executive Vice President and Chief Medical Officer at Vertex.

Vertex completed a 24-week Phase 3 open-label, multicenter study to evaluate the pharmacokinetics, safety, and tolerability of tezacaftor/ivacaftor and ivacaftor in children ages 6 through 11 years in the U.S. and Canada. The regimen was generally well tolerated, and safety data were similar to what was observed in previous studies of patients aged 12 years and older. The full data from this study will be published later this year.

“We’ve seen the clinical impact of SYMDEKO in people with CF aged 12 years and above, and this approval marks a crucial milestone for patients ages 6 through 11 years who may benefit from CFTR modulation, enabling us to treat the basic defect in CF at an earlier stage of disease,” said Seth Walker, M.D., University Hospitals of Cleveland, Cleveland Medical Center, Rainbow Babies and Children’s Hospital. “SYMDEKO is an important treatment option for eligible people with CF who either never started or have discontinued another CFTR modulator.”

SYMDEKO/SYMKEVI (tezacaftor/ivacaftor and ivacaftor) is already approved in the U.S., Canada, Switzerland, Australia and the EU for the treatment of CF in patients ages 12 years and older with certain mutations. Vertex plans to submit an application for the use in patients ages 6 through 11 years in the European Medicines Agency in the second half of 2019.