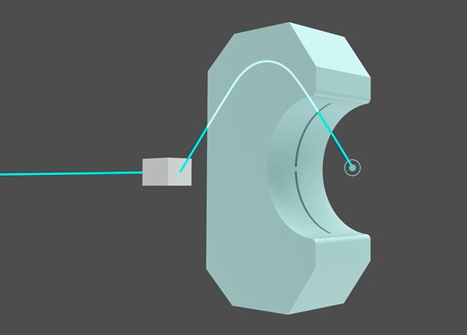 B dot Medical Inc., a startup based in Japan, has confirmed the superconductivity of a superconducting bending magnet designed and manufactured at its factory by cooling and conducting an energization test on a compact proton cancer therapy system under development, and confirmed the generation of a high magnetic field. That means a big step closer to the development concept of the product, which is to make the system significantly smaller and less expensive.

Proton therapy can precisely irradiate tumors deep inside the body, thus minimizing damage to surrounding normal tissues and organs. However, the current proton therapy system is very large because it uses a huge normal-conducting electromagnet for the gantry, which generates a strong magnetic field to bend the high-speed proton beam inside the magnet and rotate it around the patient.

The next step will be a pattern operation test to quickly control the strong magnetic field generated by the superconducting magnet, and then B dot Medical will proceed to a proton beam test to apply for PMDA (Pharmaceutical and Medical Device Act) approval. With the aim of commercializing the product as soon as possible, B dot Medical will promote the spread of proton therapy with the proton cancer therapy system, which has been significantly downsized using breakthrough technology.

To promote the spread of proton therapy, B dot Medical is developing the device with national grants (i.e. from the New Energy and Industrial Technology Development Organization (NEDO), the Japan Agency for Medical Research and Development (AMED)).