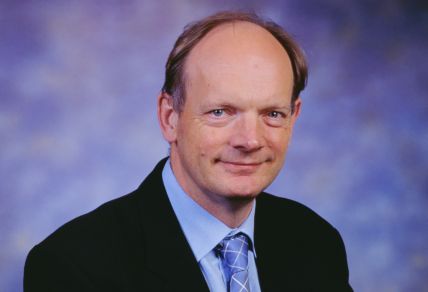 Prof David Lane is the chief scientist at A*Star, Singapore

Singapore: A*STAR Chief Scientist Professor Sir David Lane has been named the winner of this year's Cancer Research UK Lifetime Achievement Award. The award recognises his contribution to the pioneering research that led to the discovery of the p53, often called the 'guardian of the genome'.

The p53 protein, which is mutated in more than 50 per cent of cancers, was first discovered in 1979 and since then Professor Lane has dedicated his career to understanding how it protects against cancer. This discovery revolutionised scientists' understanding of how cells grow and divide and opened a new window on cancer. His recent work has focused on controlling p53 and this has identified several promising targets for developing new cancer drugs.

Professor Lane's work has been supported for more than 30 years by Cancer Research UK and he served as the charity's first chief scientist between 2007 and 2010. Professor Lane was knighted for his services to cancer research in 2000.

Professor Sir David Lane, who now runs the p53 Lab under A*STAR, said, "I'm delighted to receive this award, which would not have been possible without the support of my colleagues and Cancer Research UK. Decades on from our discovery of p53, we are still making incredible discoveries about how it behaves and controls cells and we're now turning this knowledge into new treatments for cancer. It is an exciting time to be in the field of p53 research and we continue to tackle the more challenging aspects of p53 research here at A*STAR."

Mr Lim Chuan Poh, chairman A*STAR, said, "David's work has been critical to our understanding of cancer and will continue to have a profound impact on the development of cancer treatments for years to come. He has also been tireless in his efforts to continually forge meaningful international collaborations and develop impactful public-private partnerships. Most heartening is his efforts at mentoring the next generation of young scientists at A*STAR today to push the boundaries of discoveries and innovation. He is truly deserving of this honour and I offer him my heartiest congratulations."

The Lifetime Achievement in Cancer Research Prize is awarded by Cancer Research UK each year to honour the achievements of scientists and clinicians in the cancer research community. The prize recognises individuals who have produced exceptional research throughout their career, specifically contributing towards furthering the understanding of cancer.

Professor Lane will be presented with the award at the National Cancer Research Institute (NCRI) Cancer Conference in Liverpool on Sunday 4 November, where he will also give a plenary lecture.