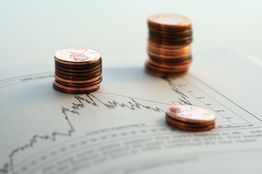 Cogstate reports overall revenue of $6.14 million for the half year ending December 31, 2012

Singapore: Australian company Cogstate has earned overall revenue of $6.14 million and a net loss of $0.49 million in the half year ending December 31, 2012. CogState is now focusing on its clinical trial business, which provides its computerized cognitive test and associated services to pharmaceutical and biotechnology companies to quantify the effect of drugs on human subjects participating in clinical trials.

Revenue earned from milestone payments relating to clinical trial contracts that are currently underway or competed during the period was $5.80 million. Contracted clinical trials revenue, which is an important indicator of the company's future performance, continues to be strong with $10.59 million revenue booked, up from $9.24 million during the same time last year, out of which, $4.75 million will be recognized in the second half of the FY13 financial year.

"The continued strong performance of the clinical trials business enabled us to upgrade our forecast guidance, and reduce the net loss for the first half of the financial year. This is despite substantial expenditure in the Cognigram and Axon Sports business units, which although impacting profitability in the short term, will become important and significant revenue generators for CogState in the future," said Mr Brad O'Connor, CEO, Cogstate.

Cogstate is preparing for the imminent commercial launch of its cognitive test to general physicians in Canada, with its partner Merck. The test, branded as Cognigram, allows physicians to identify subtle changes in cognitive function and is being positioned as a tool to help doctors to detect the early stages of cognitive decline associated with a neurodegenerative disease.

"We are very pleased with the progress that Merck is making the roll out of Cognigram in Canada and expect to see the first revenues from the launch during this financial year. Merck has invested a significant amount of time and resources in preparing the product and its team for launch and is very committed to the success of Cognigram. Like us, they regard it is a major opportunity," said Mr O'Connor.