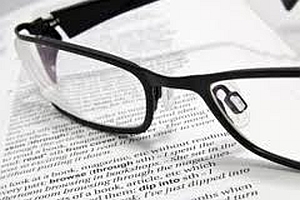 The new Indian Bill will replace the existing Drugs and Cosmetics (Amendment) Bill, 2007

Singapore: The Indian government will soon bring a Bill aimed at regulating the medical equipment industry in the county, which so far has remained unregulated. The new Bill will replace the existing Drugs and Cosmetics (Amendment) Bill, 2007, which is pending in the Parliament, and will have to be withdrawn.

Mr Arun Kumar Panda, joint secretary, Indian health ministry said that regulation of medical devices industry has been a major challenge for the Indian government, and presently, thousands of such equipment are being used in an unregulated manner.

The government will soon put up before the Cabinet the new Bill, which will have a separate chapter on medical devices, he said addressing a seminar -- 'Harnessing Medical Technology for inclusive healthcare in India'.

The Bill provides for monitoring and setting standards for medical devices. The Bill, if passed, will help strengthen the domestic manufacturing industry and could make medical devices more accessible and affordable to the people at large in the country.

Mr Panda said India's pharmaceutical sector has made rapid strides in the last few years and "we (India) still need to create a place of our own in the medical devices sector".

He added that the Government is keen on strengthening its regulatory body, Central Drugs Standard Control Organisation, by providing more skilled manpower and better infrastructure in its offices across the country. For that, the government has already allocated $302.97 million (Rs 1800 crore) at national level during the current 12th five year plan and $201.98 million (Rs 1200 crore) to the states for the same.