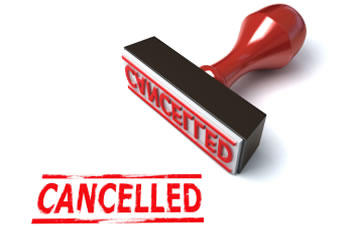 In the last six months, India's 'unstable regulatory environment' has driven clinical trial sponsors to much favorable destinations such as Malaysia and Canada

Singapore: In what is proving to be a major setback for the Indian clinical research industry, reports reveal that the world's largest research funder, the National Institutes of Health (NIH), has cancelled almost 40 ongoing trials in the country.

NIH, that is part of the US department of health and human services, has sighted the unstable regulatory environment in the country as the main reason why sponsors are being driven away to places like Malaysia and Canada.

India's Health Ministry had recently tightened the regulatory norms for trials after the country's Apex court intervened into the matter. Acting on this, the ministry brought about new laws, amending the Drugs and Cosmetics Act. These laws revolved around regulation, ethical supervision of trials, compensation of trial subjects and mandatory accreditation of all stakeholders/institutional review boards, research institutions, sponsors and contract research organizations. The impact of these have been witnessed in the industry over the past six months as research projects kept moving to Canada and Malaysia.

An Indian newspaper, Live Mint quoted a leading medical centre from the country, Tata Memorial Hospital, as being affected by the regulatory chaos too. "The Drugs Controller General of India made it mandatory to register ethics committees. While this is a welcome step, they took nearly three months to register our committee. During this time, we could not start any trials. Slow turnaround time and lack of clarity in regulation have seen sponsored research slow down drastically. Even academic research has suffered in the past three months," said Mr C S Pramesh, head, Cardiothoracic surgery, Tata Memorial.

Further, the report pointed out that the $500 million industry in the country is currently functioning at one-fifth of its capacity. "Given the fact that we have the world's highest disease burden, the most impacted by an unstable regulatory environment are patients for many of whom clinical research provided early access to new therapies and is often the only viable treatment option," Mr Anil Raghavan, managing director, Quintiles India (a contract research organization), was quoted as saying in the report.

As per records of the Drugs Controller General of India (DCGI) in the Supreme Court, India approved 475 clinical trials for 'new chemical entities' not used as drugs elsewhere in the world between January 2005 and June 2012. Further, the documents submitted by the DCGI claim that 11,972 adverse effects, excluding deaths, were reported in the period, with 506 of these being directly attributable to the trials. They put deaths from trials at 2,644 over the last five years.