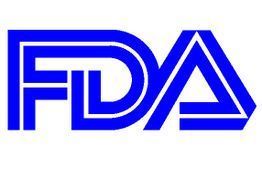 Singapore: Biokine Therapeutics received orphan drug designation from the US FDA for the mobilization of hematopoietic stem cells from bone marrow into peripheral blood for collection and subsequent transplantation in patients with hematological cancers. Earlier in 2012, Biokine received FDA approval to conduct a phase II clinical study for stem cell mobilization in multiple myeloma and Non-Hodgkin's lymphoma patients utilizing BKT140.

Biokine had previously completed a phase I/II clinical study at several prestigious medical centers in Israel which indicated both the drug's safety and efficacy and its ability to shorten the number of treatment days and subsequent aphaeresis procedures.

Dr Laurence Shaw, chairman, Biokine, said that, "BKT140 is uniquely positioned to enter the fast evolving market for stem cell mobilization for hematological malignancies. In these cost constrained times, BKT140, which allows for a reduction in the cost of patient care, is a highly competitive drug. In addition, in both preclinical and clinical studies BKT140 had shown that by targeting the chemokine receptor CXCR4, BKT140 also appears to have the potential to treat malignancies involving this key receptor."

Biokine Therapeutics, which is developing novel therapeutic agents for use in stem cell cancer therapeutics and in the treatment of autoimmune and inflammatory diseases, is based in the Weizmann Science Park in Rehovot, Israel. Biokine was founded by its CSO and CEO, Professor Amnon Peled, a leading expert and researcher in the CXCR4 scientific community. Biokine has a proprietary Chemohit drug discovery technology and has several preclinical compounds in development.