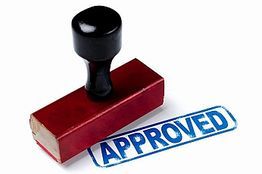 The Chipel trial was an open-labeled, single arm study conducted in Chinese population to evaluate efficacy and safety of orally administrated Chidamide with relapsed or refractory peripheral T-cell lymphoma (PTCL) patients, who had failed at least one prior systemic therapy.

The Chipel trial surpassed an objective response rate (ORR) of at least 27 percent, the primary endpoint as a prior established agreement with CDE of SFDA, evaluated by both investigators and independent review committee.

Dr Xian-Ping LU, CEO and CSO, Chipscreen Biosciences, said that, "We are pleased to confirm that the trial has achieved its primary endpoint although the pathological subtypes of PTCL in Chinese population are significantly different from that in North America and Europe, where two FDA approved PTCL drugs, Pralatrexate and Romidepsin, were tested. We also expect efficacy and safety findings of Chidamide in combination with chemotherapeutic regimen for NSCLC in an ongoing phase II trial."